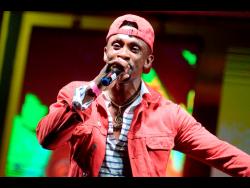 The exhibit was recently unveiled by representatives of VP Records as well as artists Christopher Martin, Raging Fyah and Kemar Highcon. The multimedia exhibit is part of the label’s 40th anniversary celebration and chronicles its history of working with some of reggae music’s greatest artists.

“Our celebration of 40 years of VP Records in America coincided with the UNESCO citation that Jamaican reggae music is an intangible cultural treasure,” said Patricia Chin.

“This exhibit represents our shared heritage and some of the glorious achievements of reggae music. I hope everyone who visits our Reggae Music Journey will be inspired to strive for even greater things.

The exhibit will be moved to Kingston’s Norman Manley Airport after its stay in Montego Bay.

The material featured includes details of the company’s beginnings in Kingston, Jamaica, through to the founding of VP Records in Jamaica, New York. Fans of the label’s series of compilations, Reggae Gold, Soca Gold and Strictly The Best will see the development of these individual projects over the years.

Artifacts including vinyl records, CDs and a platinum sale prize for Sean Paul’s album Dutty Rock are also woven throughout the exhibit. Some of the genre’s most admired artists, including Beres Hammond, Sanchez, Luciano, Garnett Silk, Lady Saw, Freddie McGregor and Dennis Brown, who have had key releases distributed by VP Records, are also featured in the exhibit.

“Each year, Sangster International Airport welcomes millions of travelers from around the world, and it is with immense pride that we present ‘A Reggae Music Journey’ so that all visitors to Jamaica can see and experience the contribution from VP Records to reggae music,” the company’s president said. , Randy Chin.

“From Randy’s Records to some of our greatest hits and more, we’re proud of these accomplishments and it’s all here for people to take in,” he said.