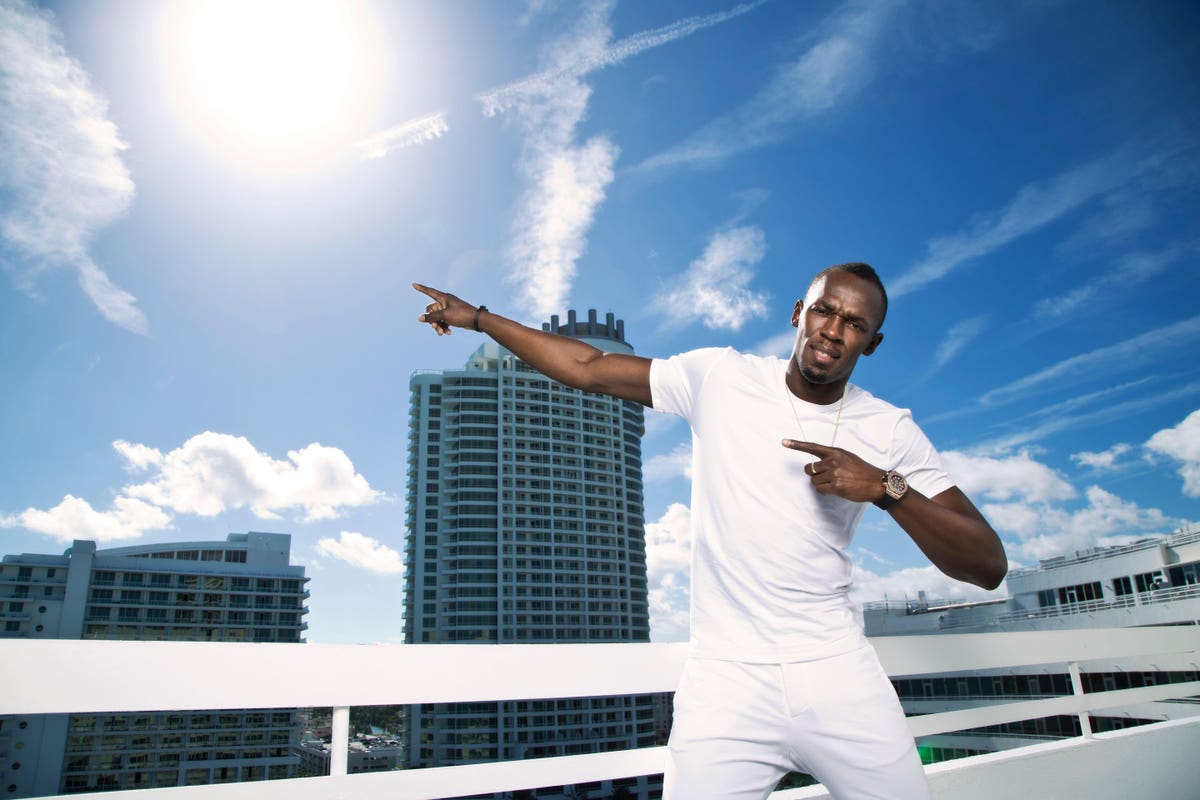 Usain Bolt, the fastest man in the world and an Olympic icon, innovates in a field that extends beyond sport. Since retiring from sprinting, he has made a smooth transition to music. Growing up in Sherwood Content, Jamaica, the sport-obsessed boy has always had a passion for music, dating back to his first meeting at a round robin – essentially a party sponsored by local citizens who put on money together – where he heard from popular reggae artists like Barrington Levy and Bob Marley. This is where his love of music began, according to him.

After his last race in 2017, he was busy working with his sponsors, which included Puma, Gatorade, Visa and Hublot. It was only after living independently in Kingston, Jamaica, that he decided to pursue his musical career. Bolt co-produced three dancehall mixtapes in 2019: Olympe Rose Riddim, Immortal Riddim, and Mechanical riddim. “Even though I co-produced these albums, I didn’t feel like people took me seriously in the music business; they always saw me as a simple athlete. Putting my own album together seemed like a good way to show how serious I was with music. During the pandemic, Bolt and his longtime friend and manager Nugent “NJ” Walker set out to record a full-length reggae / dancehall album in Kingston, which they titled Yutes Country after their Jamaican roots.

“If you’ve followed my career over the years, you’ve probably noticed that I still dance and listen to music. It’s no secret that I love music. Music has always been part of my DNA, ”Bolt shares.

His real ambition is to become the Dancehall equivalent of Dj Khaled, which he is well on his way to achieving. Yutes Country debuted on Billboard’s Top Ten Reggae Albums with co-signings from Apple Music, Spotify, Tidal and Audiomack. The album has since climbed to the top of the Amazon Music charts since its release on September 3. “We have sought to cater for a wide range of tastes. Listeners will be taken on a journey through reggaeton, r & b and hip hop sounds on this album. Bolt describes the inspirational song “Living The Dream” as one of his favorites, adding, “We created the song to help inspire young children, hoping that they will never give up on their dreams, make it through life and dedicate themselves to it. to a trade. “

Obituary: Astro, charismatic star of the UB40 who aimed to popularize reggae music