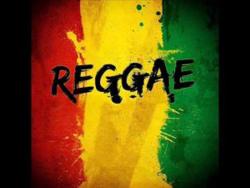 MAURITIUS, CMC – Reggae music, the genre that originated in Jamaica, on Thursday secured a coveted spot on the United Nations list of world cultural treasures.

UNESCO, the cultural and scientific agency of the world body, has added reggae to its collection of â€œintangible cultural heritageâ€ deemed worthy of protection and promotion.

â€œEverywhere you go and say you’re from Jamaica, they say ‘Bob Marley’,â€ said Grange, adding that the distinction â€œunderscores the importance of our culture and our music, whose theme and message is â€œone love, one unity and peace. ‘â€

UNESCO noted that while reggae started out as “the voice of the marginalized”, it was “now played and adopted by a wide range of society, including various genres, ethnic and religious groups”.

Its “contribution to the international discourse on issues of injustice, resistance, love and humanity underscores the dynamics of the element as being at the same time cerebral, socio-political, sensual and spiritual,” added UNESCO based in Paris in a press release.

The musical style has now joined a list of cultural traditions that include horse riding from the Spanish Riding School in Vienna, a Mongolian ritual of cajoling camels and Czech puppets, as well as over 300 other traditional practices ranging from the boat building and cooking and dancing pilgrimages.

Jamaica asked for reggae to be on the list this year at a UN agency meeting here, where 40 proposals were under consideration.

Reggae was competing for inclusion alongside Bahamian Straw, South Korean wrestling, Irish hurling and fragrance making in the town of Grasse in southern France.

Reggae emerged in the late 1960s from Jamaican ska and rocksteady styles, also drawing inspiration from American jazz and blues.

It quickly became popular in the United States as well as in Britain, where many Jamaican immigrants had settled in the post-war years.

The style is often championed as music for the oppressed, with lyrics addressing socio-political issues, imprisonment and inequality.

Reggae also became associated with Rastafarianism, which deified former Ethiopian emperor Haile Selassie and promoted the sacramental use of marijuana.