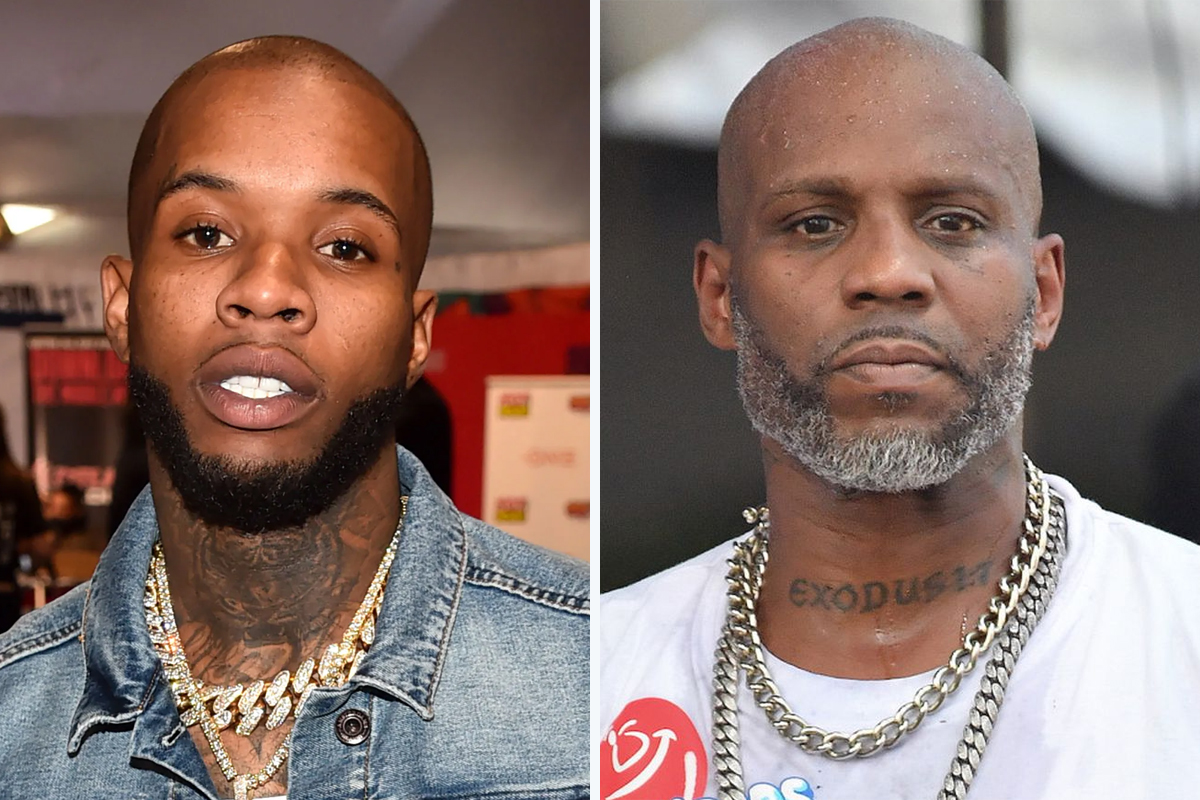 Canadian rapper Tory Lanez’s party this weekend couldn’t have gotten better after meeting hip-hop rap legend himself, DMX. The highly random encounter happened at a Jamaican food truck at 2 a.m. in Miami on Sunday morning, as the two performers were obviously scouring the streets for a late-night bite.

Lanez, who was completely in awe of the chance sighting, decided to capture the moment for his Instagram story, which showed him in a parking lot with affable-looking DMX. “It’s just crazy, it doesn’t even make sense, n-ggaz is hungry in this n-gga place!” Lanez said with enthusiasm to see the Ruff Ryders Anthem rapper with the biggest smile on his face.

It seems they decided to go to the club after tasting some Jamaican food. Tory shared another video clip of them partying at a nightclub later. While he danced the night away, DMX took center stage by the DJ to drop some of his tracks. The crowd was seen looking forward to singing along with the 50-year-old rapper as he poured the lyrics to his hit single, What they really want which featured R&B singer SisqÃ³.

Last year, Lanez also experienced a similar spontaneous onset with DMX during what has been dubbed his Live quarantine show in March 2020. The To party the rapper called in and completely surprised the over 45,000 viewers who tuned in, including R&B singer Chris Brown and US producer Timberland who both threw fiery emojis in their comments after seeing the legendary rapper.

Although Tory asked him to drop a verse during the live, DMX, which was a bit hesitant at the time, instead opted to give viewers a taste of his infamous growl, which sent everyone out , including Lanez, in a frenzy. Watch the hilarious clip here-

Before leaving the live, DMX revealed at the time that he was in Nashville, TN working on new music and that he will be releasing an album soon. He also tapped out Tory for his help on a track.

Since its inception, DMX has released seven studio albums. His latest album, Undisputed released in September 2012, and featured a production by Swizz Beatz and JR Rotem with a guest appearance by MGK.