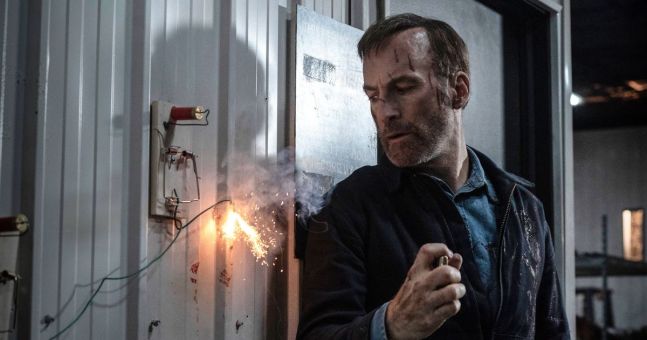 Action, comedy, thriller… everything is on the menu this week!

We are now in week 37 of January and need distractions more than ever.

That’s exactly what you’ll find in the latest episode of The big reviewwhich can be watched in full below, or you can skip to movie reviews (5:45)home entertainment recommendations (12:19)and classic watches (18:40).

Here are the new cinema releases, all of which will be available on big screens across Ireland from Friday 21 January.

Check out our full review here.

A NEWSPAPER FOR JORDAN

Denzel Washington directs this romantic drama about a soldier (Michael B. Jordan) who keeps an advice diary for his infant son while deployed in Iraq, and the reporter (Chante Adams) who wants to write about his unique story for The New York Times.

And now, let’s get to the things you can watch at home this week, starting with…

The beginning of the end for the Byrdes. Jason Bateman and Laura Linney find themselves on the brink of all-out war with feuding drug cartels, increasingly unsure of who they can trust or if there is a safe way out.

The first part (aka the first seven episodes) of Ozark season four will arrive on Netflix on Friday, January 21, with the second half arriving later in 2022.

Four women in their 40s (including famous performers Brandy and Eve) reunite to reform their 90s girl group Nasty Bitches, with the goal of recapturing some of that magic (and earning back some of that money!) since their peak.

All episodes of the first season of Queens are available on Disney+ from Wednesday, January 19.

Bob Odenkirk (who we interview below) star of Breaking Bad and Better Call Saul headlines this John Wick-esque action-thriller about a seemingly calm husband and father who is forced to return to his life of violent crime after a break-in at his home. One of the best Friday night movies of recent years.

No one is available to watch NOW from Friday, January 21.

And finally, the surprisingly exciting Pizza and a movie section, with Rory and Eoghan each choosing a movie to watch at home this weekend, and putting it up for a public vote to decide which is the best choice…

Here are this week’s picks, with the vote up again JOE’s Instagram channelso keep an eye on it for your say!

Rory’s Choice – MASTER AND COMMANDER: THE OTHER SIDE OF THE WORLD

A new addition to home streaming this week, this old-school, Russell Crowe-directed action-adventure flick is consistently ranked as one of the most overlooked blockbusters in cinematic history.

Master and Commander: The Far Side of the World is available to watch on Disney+ right now.

To celebrate the news that a Jamaican bobsled team has officially qualified for the Winter Olympics for the first time in decades, why not revisit this iconic feel-good comedy.

Cool Runnings is available to watch on Disney+ right now.

If you fancy a Big Night In, Chicago Town Pizza and The Big Reviewski have you covered.

Get the real takeout taste straight from your freezer with Chicago Town Pizza, the fresh dough rises in your oven for the perfect takeout pizza.

To discover the take-out pizza that suits you, go to HERE. To know more about us, contact us HERE.

Delaware Bankruptcy Court Rules that Unsecured Creditors of a Solvent Debtor Are Entitled to Post-Petition Interest at the Federal Judgment Rate, Not the Default Interest Rate | Cadwalader, Wickersham & Taft LLP

5 sports movies in streaming (and not) not to be missed