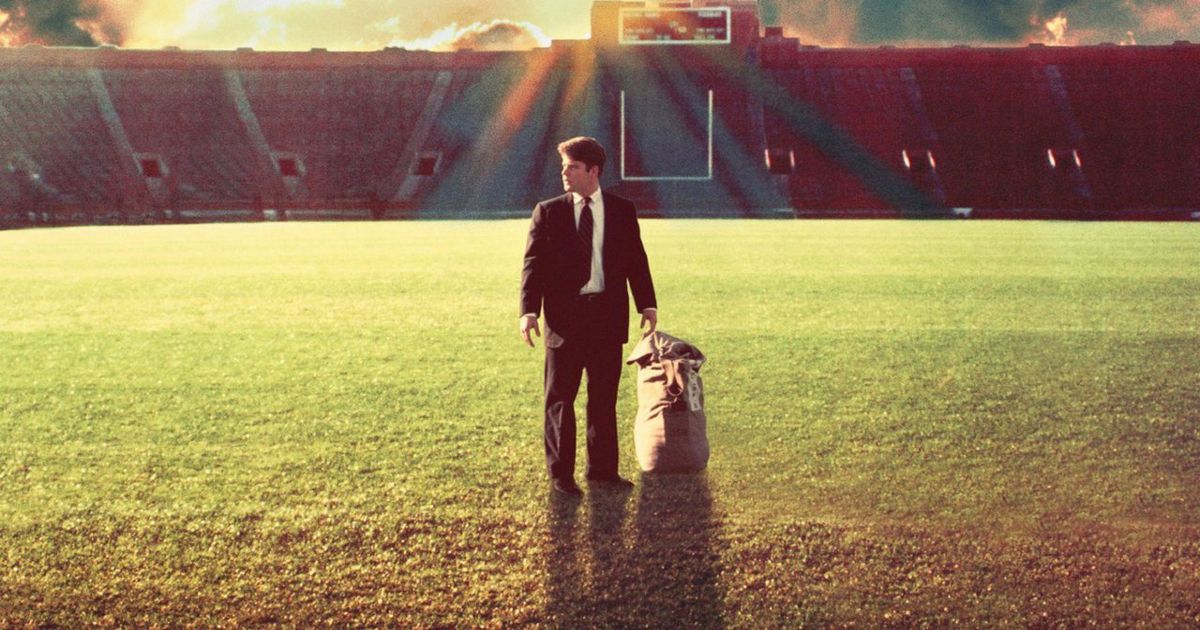 Sports movies where underdogs go from zeros to heroes

To forget General Hospital, Days of Our Lives, Eastenders, and Coronation Street; sport is the real endless soap opera. Brimming with scandal, controversy, jubilation and despair, it’s a mix of emotional investment and drama that’s usually unpredictable in nature. From gladiatorial combat in Roman amphitheatres to the original Olympics of ancient Greece, sport was (and still is) a matter of life and death, fierce competition and the pinnacle of physical prowess, unless your name is Jeff, Walter, and you and Donny are bowling at Hollywood Star Lanes on Santa Monica Boulevard…

In 1888, Parisian Louis Le Prince answered the question “What do you give to something that has everything?” That something is sport, but The Prince was arguably the source of the greatest gift to the world of sport: cinema. Ever since the idea and subsequent invention of a motion picture camera was conceived in 1888, film and sport have enjoyed a thriving and mutually beneficial relationship. While the two entities can of course exist independently, the film offers the opportunity to bring the sport to a global audience, so that it can be consumed and enjoyed all over the world. The sport provides film companies with intriguing and unpredictable narratives that unfold indiscriminately in front of their audiences. Aside from live sports (which, when televised, is itself a kind of cinema), sports films are understandably a popular choice at the box office, especially that of zero-to-hero narrative. Here are some of the best zero-to-hero sports movies, where rooting for the underdog pays off.

Rudy follows the story of Daniel Eugene “Rudy” Ruettiger, a teenager who dreams of playing American football at Notre Dame, one of Indiana’s top universities. Rudy simply cannot afford to go to college, and his height hinders his chances of representing the college in football. However, through a series of strained and mutually beneficial friendships, Rudy achieves his dream against all odds. The film stars a young Sean Astin and Jon Favreau long before their the Lord of the Rings and the MCU days.

Located on the tip of a mountain in the Caribbean Sea, Jamaica is a place known for its beauty, tropical climate, booming tourism and undeniable talent on the athletics track. The country is about as far as you can get from the snow-capped Alps of the Alps or the Breckenridge of Colorado. So, unsurprisingly, Jamaica had never entered a competitor in the Winter Olympics, until 1988…

Cool races follows the story of Jamaica’s first-ever bobsled team, their aspirations and the ensuing fight to make it to the Winter Olympics in Calgary. Ever-praised John Candy has taken on the role of initially questionable coach Irving Blitzer, while Leon Robinson, Doug E. Doug, Malik Yoba and Rawle D. Lewis are delightful as the Jamaican side. While it’s not your classic zero-to-hero sports film where the subjects get conquered, it captures the feeling of the underdog and the never say die attitude of the four Jamaican story-makers.

Brian Clough’s name may not be familiar to anyone outside of the world of football. If he still honored this land today, he would urge you to know his name; in fact, he would force you, because the Firecracker Clough was, by his own admission, “not the best manager in the business, but the best”. The damned united starred Michael Sheen as irrepressible ex-soccer player turned football manager Brian Clough as the film details the rise of one of British football’s most illustrious figures.

After a playing career prematurely cut short by injury, the self-centered Clough turned to managing football at the bottom of England’s professional pyramid, at Hartlepool United. Director Tom Hooper’s pic accurately traverses Clough’s time and his vast successes at Derby County, a struggling Second Division side suffering near the foot of the table. Their rise under the picky guidance of Clough saw them become champions of England. Michael Sheen’s performance here is one of his best.

James J. Braddock, better known as Cinderella Man, was a heavyweight boxer in the 1920s and 30s. Russell Crowe’s portrayal of the seemingly unlucky journeyman boxer in director Ron Howard’s biopic shows the immense hardships faced by a family living on the edge of bread. The film poignantly depicts the battle of Braddock and his wife Mae (Renee Zellweger) to provide for their three children. Despite the cruel hand inflicted on him, James is ruled by his unyielding principles and morally unwavering approach, and maintaining his family’s pride and integrity is paramount in his mind.

As the grim reality of the Great Depression begins to seep into his life and that of his young family, Braddock steps back into the ring, and unbeknownst to him, this decision will change his life for the better. Cinderella Man is a film that proves that it’s not those with the most talent who necessarily make it, but those who are willing to put in the hard work.

To this day, people from all over the world make the pilgrimage to Philadelphia and retrace the steps of Rocky Balboa as he climbed the stairs of the Philadelphia Museum of Art and raised his arms to the needle drop “Gonna Fly Now” in the film. Rocky (Sylvester Stallone), a rather unimportant boxer, lands the fight of his dreams against Apollo Creed in a film that, in retrospect, follows a well-trodden path from zero to hero that we have seen Hollywood screenwriters chew and spit out in slightly modified a million times.

However, what makes Rocky so special isn’t just the fact that he ultimately loses in the first movie, but the whole “me versus the world” mentality as depicted by the lonely dawn runs, the relentless bare-handed punches of the butcher’s meat and the stop focus in Stallone’s eyes. It doesn’t matter if he wins or not, because he pushes himself to his absolute best; it’s about the average Joe chasing his dreams, which the less brave (or with less means) pin their hopes on and live vicariously.

Which makes Rocky even more distinctive is that Stallone himself wrote the screenplay and spent years pestering Hollywood stars to get it done. He finally managed to pull himself together, and this little movie (made with less than a million dollars but grossing $225 million at the time, which is more than a billion dollars in today’s economy) has won 10 Oscar nominations, winning the Academy. Best Film Award. This ultimate off-screen underdog story is almost Rocky-esque itself.