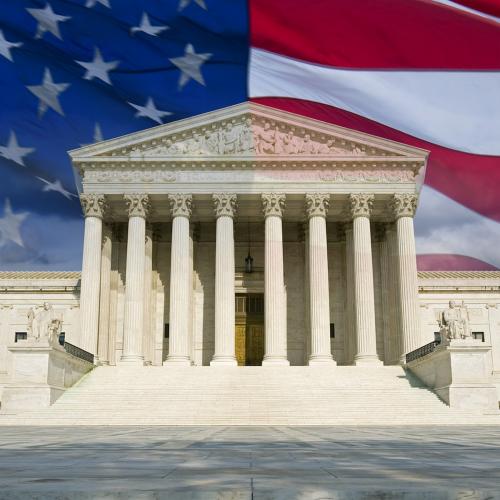 This week, the United States Supreme Court granted three of the certs. petitions he considered at his first conference of the new year.

The Court agreed to hear questions regarding: 1) the grounds for waiving final judgment under Federal Rule of Civil Procedure 60(b)(1), 2) the limits on Congress’ power to apply different bankruptcy rules to different parts of the country, and 3) the scope of state power to apply their workers’ compensation laws to federal facilities.

These issues are not the most high-profile the Court will address during this term, as underscored by the lack of amicus briefs at certificate stage in all three cases (although this is less rare than one might think; by our calculations, about 40 percent of certification applications granted for full consideration in the last quarter lacked amicus briefs at the certification stage). For government entities, bankruptcy practitioners, and federal court civil litigants, however, the cases are worth noting and following up.

Section 60(b) Motions for dispensation from final judgment

In Kemp v. United States, the Court finally agreed to resolve what the cert. The petition is characterized as a 50-year-old circuit divided over whether the “error” arm of Rule 60(b)(1) permits a remedy based on legal error by a district court. Rule 60(b) sets out six categories of reasons a district court may exempt a party from final judgment, including “error, inadvertence, surprise, or excusable negligence” under the rule. 60(b)(1) and â€œany other reason which warrants a remedyâ€ under 60(b)(6). The lower courts agree that 60(b)(1) and 60(b)(6) allow a remedy for at least some legal errors, but disagree on which of these provisions does.

And this seemingly pungent distinction may matter. Federal rules require that all 60(b) petitions be filed â€œwithin a reasonable time,â€ but set a strict one-year deadline for remedies sought on 60(b)(1) grounds. This means that if rule 60(b)(1) does not not encompass legal errors, petitions alleging legal errors would fall under Rule 60(b)(6) and would not need to meet the clear one-year rule â€“ although such petitions would then be subject to the additional requirement of the Supreme Court that 60(b)(6) motions establish â€œextraordinary circumstancesâ€ justifying a remedy. Accordingly, the question in this case may mean the difference between a timely and an inappropriate 60(b) motion, and civil litigants should be on the lookout for the court’s answer.

The Court will also take Siegel versus Fitzgerald, where he will examine the meaning of the bankruptcy clause of the Constitution, which authorizes Congress to establish “uniform Bankruptcy laws across the United States. The petitioner in this case argues that Congress violated this “uniformity” requirement by dividing the nation’s bankruptcy courts into two slightly different categories. Most operate under the US Trustee program, while six (all in North Carolina and Alabama) operate under the Bankruptcy Administrator program.

In 2017, Congress increased the quarterly fees paid by debtors in large Chapter 11 bankruptcies from $30,000 to $250,000, and while this increase is immediately applicable to all pending and future cases in the districts of trustee, it was imposed in the administrator’s districts nine months later, and then only to future cases. In Siegel the Court will decide whether this difference renders the 2017 law unconstitutionally â€œnon-uniformâ€ (and, if the Court finds it to be unconstitutional, there will be another difficult question to resolve regarding how to remedy such a flaw). Notably, even the respondent (who is represented by the United States Solicitor General) urged the Court to take this case, observing that although Congress eliminated the difference in 2020, the issue presented in this case could affect the status of approximately $324 million in quarterly fees. imposed nationally under the 2017 law.

In light of these numbers, bankruptcy professionals across the country â€” especially those whose cases fall under the 2017 law â€” will likely be very interested in what the Court has to say.

In United States vs. Washington, the court has agreed to hear the federal government’s challenge to a Washington workers’ compensation law that applies exclusively to contractors at a federally-owned nuclear waste cleanup site. Under long-standing principles of intergovernmental immunity, state regulation of federal facilities is generally permitted only when such regulation is clearly authorized by Congress. And the federal government argues that the relevant law here – which allows states to regulate workers’ compensation at federal facilities “in the same manner and to the same extent as if the premises were under the exclusive jurisdiction of the state” – does not allow states to single out federal institutions for unique treatment. Washington State, on the other hand, counters that states routinely apply different rules to different employers, and it argues that federal law simply permits such contextual regulation in private and federal establishments.

The dispute therefore consists of competing interpretations of a narrow federal law (40 USC Â§ 3172(a)), and so it is difficult to see how the case could have much broader significance outside of the context of workers’ compensation. However, contractors working in federal facilities might be interested to see if the Supreme Court opens the door to future challenges to state workers’ compensation laws.