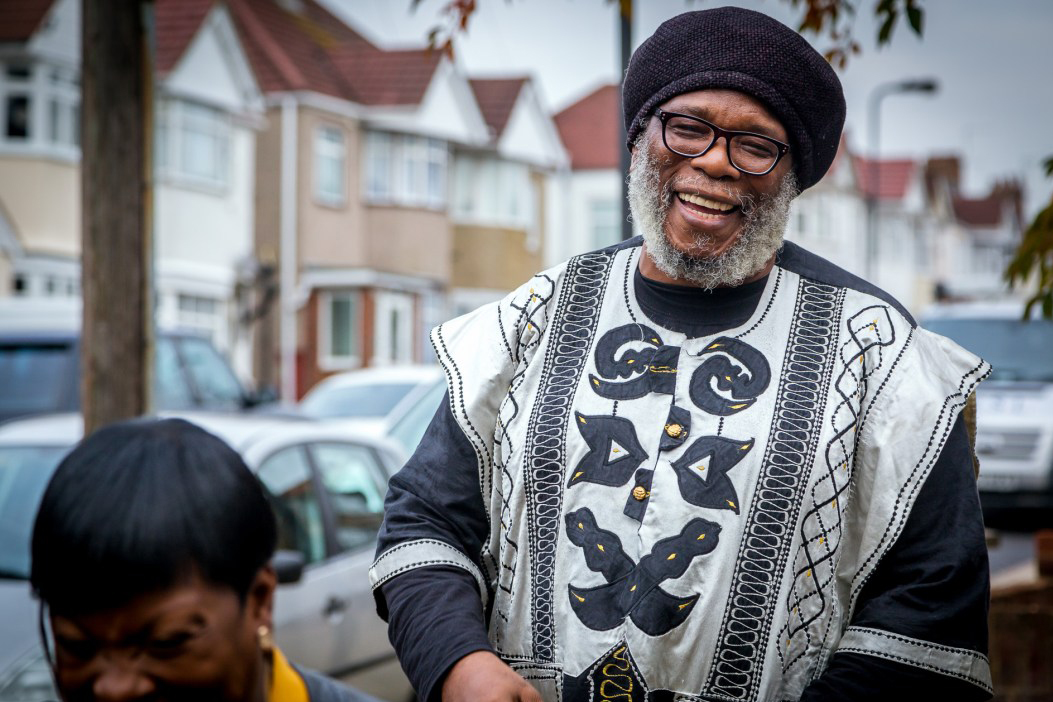 (Jamaica Gleaner) The death of British reggae pioneer Delroy Washington, who died last Friday, is the result of the coronavirus pandemic. His friend, Winston Francis, another veteran reggae singer also based in the UK, confirmed this to The Gleaner on Monday. He said Washington died at St Mary’s Hospital in London after a brief illness and the cause of death was indeed the dreaded COVID-19.

Francis revealed that Washington had attended a meal for a member of the reggae community almost three weeks before and that six people who attended that meal have since contracted the coronavirus. â€œIt was a very large turnout, around 200 people. I was there with my wife, son and daughter. I didn’t see Delroy, but my wife did, and they talked. Soon after, Delroy, who was diabetic, started to feel sick and had to be hospitalized, â€he explained.

The artist explained that when Washington was admitted, none of his friends knew because he was not answering his cell phone. â€œWe all got worried, and I called the police and asked them to tour her house. They did, then called back to ask if we had checked the hospitals. At that point my wife started calling until we found him. Delroy told us he was taken to hospital by ambulance and his phone was dead so he asked for it to be charged but it was never returned. My wife called the hospital and asked them to pick it up and it was returned to her.

Francis, who reiterated his shock at the sudden death of his colleague, said he and another friend were heading to Washington last Thursday with fruit, as he had requested earlier in the week. The friend, however, received a call from the doctor saying Washington was in intensive care.

â€œThe doctor asked him if he was the person getting the fruit for Delroy and then told him not to bother because Delroy had full-blown coronavirus and was in isolation. Then the next call he got was that Delroy was dead, â€was his lament.

He pointed out that Washington was a vegetarian who ate a lot of fish and generally took good care of himself. â€œDelroy had a black belt in karate and he was a fitness fanatic. I’m still in shock that such a strong and fit guy could be knocked out so easily. Delroy was such a genuine guy and a true gentleman. He will be sorely missed, â€Francis said of the reggae pioneer and activist.

Another good friend, based in England, Cecil Reuben also lamented Washington’s passing. â€œDelroy was a good yute. He was originally from Westmoreland and came to England in the early ’60s. He was always in the music business, sometimes as a studio musician, and he also worked with Bob Marley, and they developed a great friendship. We used to hang out at Rasta House in South London, and it was Delroy who brought Bob there and introduced him to us, â€Reuben, owner of the Hootananny Club in Brixton, told The Gleaner. .

Reuben said he spoke in Washington about eight months ago, urging him to perform at his club. â€œDelroy wasn’t doing much in terms of performance. He was more in his organization to help artists – the Federation of Reggae Music – and also, he was instrumental in the Notting Hill Carnival. But I was trying to attract him to do a show, but it wasn’t, â€he said.

Music industry consultant Maxine Stowe, who met Washington in England, remembers him as a Rastafarian reggae activist who brought his knowledge to heritage development and made Brent / Harlesden a reggae capital of the diaspora.

â€œThe Jamaican Diaspora in London and the UK is the most important ingredient for the growth and development of Jamaican music around the world. Delroy embodies the how and why of this continuing story. As a creative artist-musician and Rastafarian activist, I was introduced to him alongside Sugar Minott as he built his international career in London in the early 1980s. Harlesden, being his home port and home base from Jet Star Records, he touched all the markers of reggae music development, including working with mainstream companies, The Wailers, and then Bob Marley’s solo career, â€she told The Gleaner.

Delroy Washington’s biography indicates that he was the first British reggae artist to sign with major record labels such as CBS, Island and Virgin. Discovered by reggae legend Bob Marley, he was signed to Johnny Nash’s JAD Cayman Music with Marley. As an activist, he has helped create and grow major community initiatives in the UK, such as 12 Tribes of Israel, HPCC Bridge Park, and is also the original creator of the UK’s One Love Festival.