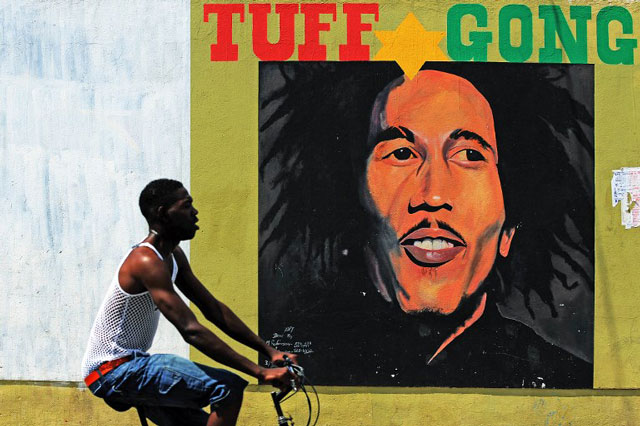 Port Louis, Mauritius | AFP | Jamaican reggae, the music of the oppressed that Bob Marley catapulted onto the world stage, on Thursday won a coveted spot on the United Nations list of global cultural treasures.

UNESCO, the cultural and scientific agency of the world body, has added reggae to its collection of â€œintangible cultural heritageâ€ deemed worthy of protection and promotion, along with two dozen other traditions from around the world.

â€œIt’s a historic day. We are very, very happy, â€enthusiastic Jamaican Minister of Culture Olivia Grange, speaking by phone from Mauritius where registrations were announced.

â€œEverywhere you go and say you’re from Jamaica, they say ‘Bob Marley’,â€ said Grange, adding that the distinction â€œunderscores the importance of our culture and our music, whose theme and message is “a love, a unity and a peace.”

UNESCO noted that while reggae started out as “the voice of the marginalized”, it was “now played and adopted by a wide range of society, including various genres, ethnic and religious groups”.

Its “contribution to the international discourse on issues of injustice, resistance, love and humanity underscores the dynamics of the element as being at the same time cerebral, socio-political, sensual and spiritual,” added UNESCO based in Paris in a press release.

UNESCO is best known for its prestigious World Heritage list of outstanding cultural and natural sites, which include the Grand Canyon, the Great Wall of China and the Old City of Jerusalem.

Its list of intangible cultural heritage includes hundreds of traditions from all over the world, some of which are hardly known beyond the borders of the country who wish to have it recognized.

Although largely symbolic, the listing can serve to raise the profile of the country and the practice.

Other additions on Thursday included the ancient Irish sport of hurling, the spring rituals of Kazakh horse breeders including the consumption of fermented mare’s milk, and the Polish tradition of creating sparkling Christmas cribs.

“This is a special moment for all those who care about taking care of Polish heritage,” tweeted Culture Minister Piotr Glinski.

The Irish Gaelic Athletics Association (GAA) hailed the honor bestowed on hurling, a fastball game played with carved wooden sticks that is the subject of fan crowds across the country.

â€œHe reaffirms the fact that hurling is more than just a sport. It is a national treasure; an ancient tradition that connects us to our Celtic past and part of our DNA, â€said GAA President John Horan.

? BREAKDOWN#Reggae music from #Jamaica?? has just been registered on the #Intangible heritage List! Congratulations! ?

– Hope to the oppressed –

Reggae emerged in the late 1960s from Jamaican ska and rocksteady styles, also drawing inspiration from American jazz and blues.

It quickly became popular in the United States as well as in Britain, where many Jamaican immigrants had settled in the post-war years.

The style is often championed as music for the oppressed, with lyrics addressing socio-political issues, imprisonment and inequality.

Reggae also became associated with Rastafarianism, which deified former Ethiopian emperor Haile Selassie and promoted the sacramental use of ganja, or marijuana.

JÃ©rÃ´me Levasseur, director of the Bagnols Reggae Festival in the south of France, said he expected the award to help “normalize” a musical form that has always been somewhat marginalized due to its “smell of cannabis and libertarian revolt “.

Toots and the Maytals’ 1968 single “Do the Reggay” was the first popular song to use the term reggae.

Marley and his band the Wailers then rose to fame on classic hits such as “No Woman, No Cry” and “Stir It Up”.

Peter Tosh, a key member of the Wailers, established a successful solo career with hits such as “Legalize It”, while Desmond Dekker also enjoyed international success with the song “Israelites”.

Toots and the Maytals rose to prominence with “Pressure Drop” and Jimmy Cliff became an international sensation with “The Harder They Come”, also the title of a 1972 film in which he starred.

The reggae sound, with its heavy bass lines and drums, has influenced countless artists and inspired many genres, including reggaeton, dub and dancehall.

Regular beats and flowing grooves have also proven to be essential in hip-hop: Sister Nancy’s anthem “Bam Bam”, for example, has been heavily sampled by superstars like Kanye West, Lauryn Hill, Chris Brown and Jay- Z.