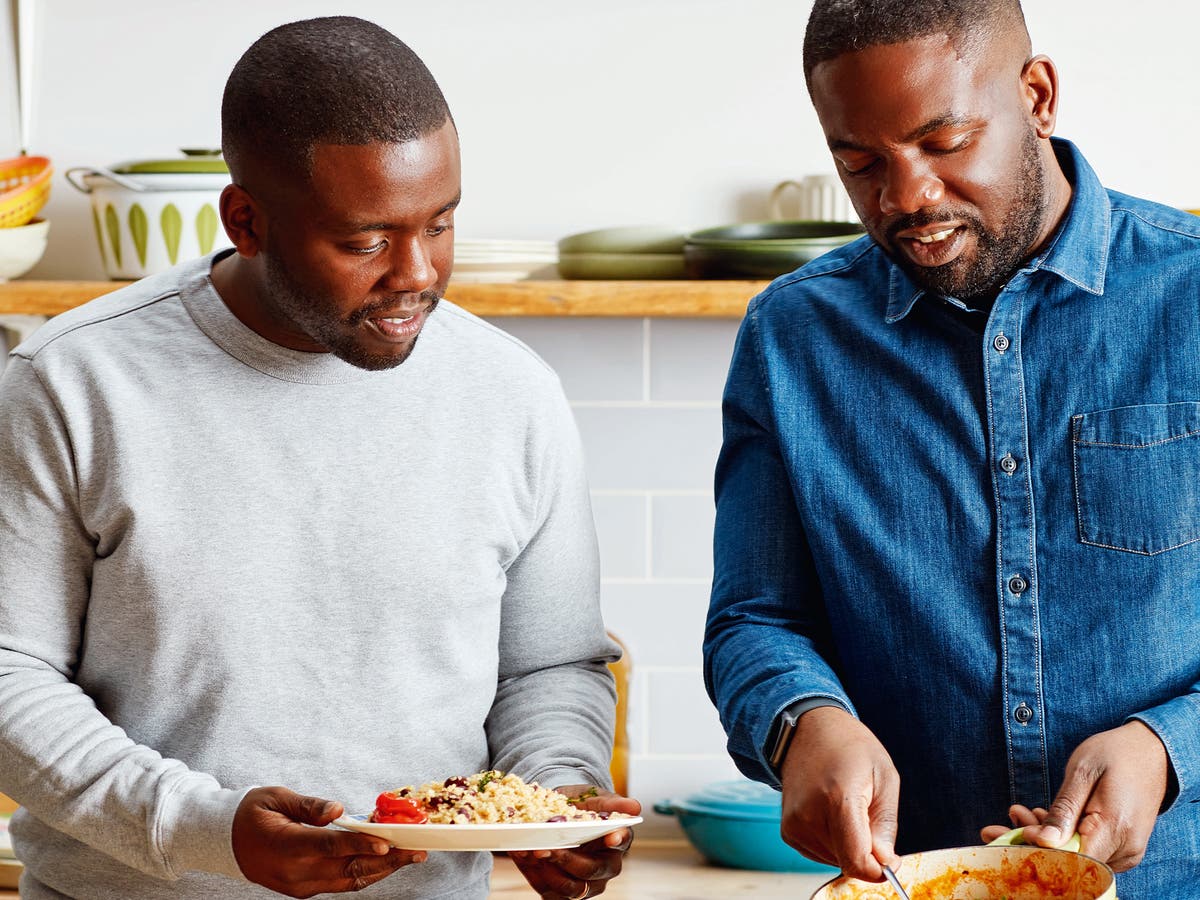 Original Flava: The South London duo proving Jamaican food can be vegan too

Shaun and Craig McAnuff – the brothers behind the culinary sensation original flavorwith nearly 160,000 followers on Instagram – admit that vegan dishes were not part of the dinner parties of their childhood.

Their new book is called natural flavor, and Shaun calls it “a first step in trying to lure people into healthier, happier eating — because most of the Afro-Caribbean community primarily eats meat.” He wants to show people how to find a balance, saying, “We’re not trying to tell people to be vegan. We’re not activists, because I don’t think that’s the best way to introduce people to things. Only two or three times a week – changing your diet is the best way to start.

The Caribbean diet may be high in meat, but the McAnuffs have found it easy to whip up recipes using plants from their culture. Growing up, “vegetables were used in sides – but they were very tasty sides,” says Craig. “It was always an eclectic range of different vegetables, rather than just Brussels sprouts.”

Craig continues, “The Rastafarian movement isn’t just about food, it’s about how to preserve Mother Nature, with much more respect for the environment. That’s why they say the earth and everything born naturally is good for you, whether it’s food, whether it’s medicine. They always encourage using what’s natural, so that was really the central inspiration for this book.

Before releasing their first book in 2019, original flavor, the brothers made a pilgrimage to Jamaica – and it’s the plant-based food they remember the most. “The best meal I ever had was a vegan meal in Jamaica,” recalls Craig. “It was amazing. It was different vegan dishes on one plate – stewed peas, pumpkin, coleslaw, tofu curry, rice and peas – all in one bowl. We took that excitement and drive, and those Caribbean ingredients in what we do now.

Caribbean ingredients are certainly at the forefront of the book, and the brothers could talk lyrically about them for hours – including callaloo (“like spinach,” Shaun says), ackee (“which is a , but it is eaten like a vegetable”) , and, of course, plantain.

“We come from a Caribbean community where we’re so used to these ingredients, so we wanted to show it in a new light,” says Craig. “Plantain is a very popular vegetable – delicious, it’s from the banana family, it’s sweet but still starchy. There are so many different ways [to cook it]and we wanted to show our community and the world how you can use different Caribbean vegetables, as well as everyday vegetables, with added flavor.

The “F” word — flavor — is something the McAnuffs come up with time and time again, but they also can’t ignore the benefits they’ve both experienced from eating more plant-based meals.

Shaun says the difference in their mother’s health – she became a vegan when Shaun started experimenting – is striking. “She had type 2 diabetes, high blood pressure, but was able to control and eradicate that as well,” he says. “For his health, it did wonders. She’s lost so much weight, her skin is glowing, she’s happy. She really loves it.

For the brothers, food has always been a family affair and that couldn’t be clearer in their new book, with photos of their children throughout (Shaun has a two-year-old son and Craig has two-year-old twin daughters. year).

There are three years between Shaun, the eldest, and Craig, and being business partners and siblings has its ups and downs. Craig admits they bicker, saying, “Not all the time, but obviously as brothers we do. I would say we bicker less than most people, but we always turn things around in a minute or two.

The Derbyshire couple’s Jamaican takeaway and catering business are popular…