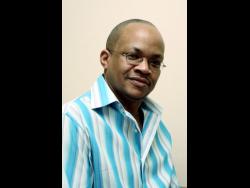 “A good thing about music, when it hits you don’t feel any pain” – Bob Marley

Jamaica’s phenomenal cultural influence never ceases to amaze me. Our country is so small that it is just a blot on some maps of the world, and absent on many others.

Last summer I had an absolutely incredible experience. I visited Paris with my family, my wife, my daughter and my two sons, in July. The World Cup was underway at the time, and my daughter, who has no idea about football but has a crush on Cristiano Ronaldo, bought a Portugal football shirt with her name in it. back.

One day while sightseeing my daughter wore the shirt. Paris has an excellent metro system, the Parisian metro, and we used this service to get around the city. That day when we boarded one of the trains, there were no seats available in our cabin, so we all stood together, while holding onto the available poles and rails. Shortly after the train left the station, young men, who were part of a group, noticed my daughter’s shirt and asked her if it was Portuguese. She replied that she was Jamaican. The smiles on their faces widened when they realized that a Jamaican family was in their presence. â€œJamaica! They exclaimed, followed by “Bob Marley” and hand gestures simulating the smoke of a joint. One of them mentioned “Buffalo Soldier”. At first we didn’t realize what he said, due to his accent, but when he and his friends started singing a vigorous acapella rendition of the song, we recognized him and smiled.

The song ended, but not the mirth. They followed up by playing the iconic “Is This Love”. At that time, there was literally a party on the train. Other passengers, who were not part of the group and were of various ages and ethnicities, joined us. They were singing, dancing and laughing. Some took out their cell phones to record the cheerfulness. Meanwhile, goosebumps flooded my body as I felt a sort of euphoria bordering on euphoria. When the group of young people who had originally hired my daughter and were playing the music arrived at their stop, with the â€œI want to know, want to know, want to know nowâ€ line playing, they got off the train, and one of the the young men sang “Got to go, got to go now” and waved goodbye.

It was a surreal feeling. In my mind I was wondering “What just happened?” These people literally threw an impromptu party on the train at the mere mention of my country of birth and residence.

Several things occurred to me as I reflected on the experience. First, the fact that the cultural influence of my country is extremely disproportionate to its size. Second, the enduring popularity of reggae around the world, a phenomenon that many Jamaicans do not appreciate. Third, the power of music to be a source of positive energy and to unite. The music on the train made the strangers sing and laugh with each other. For a moment, age, ethnicity, and gender didn’t matter, as people were engrossed and basking in the exuberant vibe.

Finally, the lasting legacy of Bob Marley and his music. The man is no longer with us physically, but his music is so powerful, it is as if he has never left us. He has transcended time. For example, his compilation album “Legend”, released in 1984, ranks third among all albums by weeks on the UK Albums Chart. In the US, “Legend” hit a milestone in 2017 by recording 500 non-consecutive weeks on the Billboard 200 chart, becoming the second longest album in the chart’s 60-plus-year history. Only “The Dark Side of the Moon” by Pink Floyd, released in 1973, spent more than weeks there. In other words, since “Legend” entered the charts, no other album has exceeded its run. As Marley sang in the song “Nice Time”, “… think about that!”