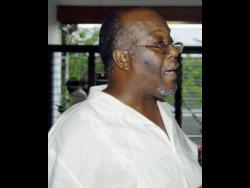 See on the Internet the elation and expression of satisfaction of people around Culture Minister Olivia ‘Babsy’ Grange as the United Nations Educational, Scientific and Cultural Organization (UNESCO) meets in Mauritius off the coast of East Africa has officially recognized reggae music as an â€œintangible cultural heritageâ€ born in Jamaica and deemed worthy of â€œprotection and promotionâ€, as described in Al-Jazeera News, I did I couldn’t help but reflect on all those who have contributed, sacrificed and have been fulfilled by this tremendous cultural treasure.

And even to get to this point on Thursday, November 29, Minister Grange had to come forward with strength and her team to the UNESCO meeting, firmly asking that the issue then be voted on and not delayed for two years. The report in The Gleaner said the Jamaican vote was strongly supported by Cuba, Senegal and Palestine, soon supported by almost all countries present.

This is a testament to the universality of reggae music, and the fact that it took place off the African coast must bring great satisfaction to Rastafari brothers and sisters around the world.

It was particularly gratifying to see the emphasis placed by Minister Grange, in a press release from Mauritius, on the major contribution of the Rastafarian movement to reggae.

From my perspective in the late 1960s – particularly in 1968 when ‘reggae’ became identifiable as a genre of Jamaican music – the influence of Rastafarian, its emphasis on Africa, peace and the love, the uniqueness of the “black man”, the universality of humanity, spirituality, creativity and the endless struggle for equal rights and justice for the destitute peoples of the world, was unquestionable and direct.

Rastafari’s preaching and teachings gave the youth of Jamaica a moral compass. Alumni such as Mortimo Planno, Count Ossie, Sam Clayton, Sam Brown, Philbert Alvaranga, Douglas Mack and Ras Michael have been integral in this emergence of a musical art form with a broad social and moral conscience, shouting against injustice. It coincided with the worldwide phenomenon of the civil rights movement in the United States, towards the African and Asian nations struggling for their independence, free from colonial rule and subjugation.

As a young journalist, I had chosen a path by paying close attention to what was emerging in Jamaica by writing about the cultural journeys of urban Jamaican youth, primarily Kingstonians – the young men and women who published this new, beautiful and poignant art form called reggae music.

I had taken over a weekly column, Record Shop, which appeared in the Friday STAR Weekend, which only spoke of popular music and British, American and European artists. However, when I suggested to my editors, the late Jack Anderson and Barbara Gloudon, OJ, what I wanted to do, they didn’t hesitate, giving me the go-ahead. Record Shop has become a must read for many across Jamaica.

I also wrote articles in The STAR about the young talents who were bringing this unique music – singers, musicians, producers and engineers – and wrote the weekly column in The Gleaner, ‘Merry Go Round’, covering the live shows in the clubs. , concerts, plays, art exhibitions and other cultural prices.

The first recordings of “reggae” songs came out in 1968:

– Nanny Goat by Larry Marshall, recorded on the Studio One / Coxsone label, produced by the late Clement ‘Coxsone’ ‘Downbeat’ Dodd;

– Do The Reggay, performed by Toots Hibbert and The Maytals and produced by the late Leslie Kong on his Beverly’s Records label;

– Israelites, performed by the late Desmond Dekker and the Aces, produced by Leslie Kong on the Beverly’s Records label;

– Love Me Forever by Carlton and the Shoes on the Studio One label;

– Feel The Rhythm, recorded and produced by the late Clancy Eccles on his Clandisc label.

They are the flagship of the â€œreggaeâ€ musical genre.

THE ROLE OF THE MEDIA

I first discovered the word ‘Reggay’ in 1967 on the B side of a 45 rpm. It was an instrumental by Tommy McCook & the Supersonics on the Treasure Isle label, produced by the late Arthur ‘Duke’ Reid. The source of the word itself is uncertain. Two important anecdotes were that it came from “streggae” – a cowardly female, and “ragga” – from ragamuffin.

SWING magazine, the “Reggae Bible,” published by Johnny Golding and the Golding family of Golding Printing Service’s fame, with passion and conviction, brought reggae to the Jamaican entertainment populace, and, arguably, was the first to put the name “reggae” on paper.

Bartley, Laing and I wrote for both The star and SWING. SWING has also nurtured talented young writers and poets such as Norma Hamilton and Mutabaruka, among others. Journalists in the entertainment print media were cherished by singers and musicians because it was their only medium of exposure in what they called an “article.”

I have developed friendships with several artists, including Bob Marley and The Wailers, Bob Andy, The Heptones, The Melodians, Alton Ellis, Ken Boothe, Dennis Brown, Rita Marley, Judy Mowatt, Marcia Griffiths, BB Seaton, for n ‘to name a few, because of the “reviews” I gave them early in their careers.

Recently a reporter reminded me as a teenager he remembered reading an article I wrote about The Wailers in The Weekend Star, comparing Bob Marley and The Wailers to Sly & the Family Stone, The Beatles, the Rolling Stones and Bob Dylan. He said a friend of his, when they gathered in their corner to read the article, called my predictions for the Wailers “nonsense.”

While researching recently, I found the article “Wailers on Rough Road to Success” which appeared on February 6, 1970, the day Bob Marley was born. I can just imagine the special feeling of joy he must have felt.

– Julian ‘Jingles’ Reynolds is president of the Sounds & Pressure Foundation in downtown Kingston, novelist (‘A Reason For Living’) and documentary filmmaker. Email your comments to [email protected] and [email protected]