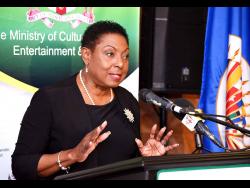 The start of the reggae journey was extremely difficult for those who did. A significant block was broadcast on the two existing radio stations, RJR and JBC.

It took acts of force by young ‘Turks’ producing and supporting music, led by activists, namely, record producers Bunny’ Striker ‘Lee, Prince Buster, Allan’ Skill ‘Cole, Lloyd’ One Foot Jimmy ‘Radway, members of The Wailers, along with their supporters, threatened directors and radio presenters with bodily harm if their records were not released. It was sound systems all over Jamaica that accepted and gave reggae music their first exposure.

Even within journalism and the music industry, I remember the exchanges in The Star I had with my colleague and friend the late musician and journalist Sonny Bradshaw about the importance of giving maximum exposure to the new form. Jamaican art, reggae.

Sonny, in his ‘Musicman’ column, saw it differently from me. My point went into the business itself because my friends who operated arguably the most popular ‘nightclub’ of the time, Merritone nightclub, were offended that I challenged them in both SWING and in my reviews in The Star and The Gleaner of playing too much foreign music, soul, and R&B, and not more local music, namely reggae, ska and rocksteady.

Another obstacle to reggae then was the deeply rooted racism and classism that permeates Jamaican society to this day. Reggae came from the bowels of the Jamaican working class and peasants, fully identifiable with Rastafari, a movement born from the same societal levels.

I remember a conservative-leaning family member, a policeman, expressing his pride in reading my articles on music but dismissing â€œthe black man wasting his time with this burru burru musicâ€, and asking if I saw others like the “Chinese, Indian, and white man wasting their time chasing this as a way to make money.” It was in 1969.

It must have been a very moving moment and a sense of accomplishment that Minister Olivia ‘Babsy’ Grange experienced as she sat at the meeting of the United Nations Educational, Scientific and Cultural Organization ( UNESCO) in Mauritius, off the coast of East Africa, witness to the organization voting for reggae music to be protected and added to its list of cultural heritage, declaring it a world cultural treasure.

She was there as a teenager when music was being created among the youth of Kingston.

Produced in West Kingston, Babsy met with her contemporaries at the Chocomo Lawn Youth Club and Dancehall on Wellington Street under the direction of former Prime Minister Edward Seaga.

Chocomo was one of Kingston’s nodes for the emergence of Jamaican music, producing artists like The Techniques and The Uniques.

Grange was coming full circle, now being the Minister of Culture, Entertainment and Sports, spearheading this historic achievement for Jamaican culture.

If circumstances were less busy in Mauritius, it would have been appropriate to see Jimmy Cliff, Derrick Harriott, Bunny Lee or representatives of the families of Arthur ‘Duke’ Reid, Clement ‘Coxsone’ Dodd, Vincent ‘Randy’ Chin, Sonia Pottinger , and Byron Lee and Neville Lee – pioneers of the Jamaican music industry – accompany him.

And now? Although largely symbolic, this recognition by UNESCO can serve as a powerful promotional tool to attract more revenue to Jamaican coffers.

I have long tried to convey to Jamaican governments and the private sector, through my writings and projects submitted as an entrepreneur, that the country has enormous potential for income through its creative industries, primarily music and film.

References have been made to the United States, which has valued and invested heavily in its creative industries to make it, for several decades, among the six largest net incomes of the American economy – up there with agriculture, l automotive, pharmaceuticals, energy, aviation, and aerospace. Not only were their creations – literature, film, television, and music – winning big, but they were also the primary tools for spreading American culture and values â€‹â€‹around the world.

During a recent meeting with JAMPRO, I learned that they led a delegation of potential Jamaican financiers a few months ago on an outreach trip to Hollywood and Las Vegas to better understand how the financing of the film and entertainment industries. This is an important development.

I would further suggest a task force – led by the Prime Minister, Minister of Finance and Minister of Culture, and comprising financial and creative industry leaders such as Michael Lee Chin, Chris Blackwell, Marlene Street Forrest, Sandra Glasgow, Keith Duncan, Jimmy Cliff, Michael ‘Ibo’ Cooper and Diane Edwards – be instituted to stimulate investment in creative industry projects. Capital must come from the IDB, the World Bank, the BDC and other multilateral organizations to invest in the creative industries.

There are several creative projects that can be beneficial in improving socio-economic conditions in Jamaica, but they are rejected by financial institutions because they emanate from unconventional classes who have no history with the financial establishment.

The two most important historical nodes for reggae are Orange (Beat) Street – where the business was centered, record stores operated, deals made and funds transferred; and Trench Town, where most of the singer and songwriter talent lived. Target them for investments.

Reggae has demonstrated its power and value internationally, generating substantial income from record sales, copyright publishing and live performances, allowing many Jamaicans to enjoy a better quality of life.

The great Rastafarian leader and visionary Sam Brown said: â€œThe black man in his quest for freedom has passed through many doors.

Reggae music is certainly one of those doors to socio-economic freedom.

– Julian ‘Jingles’ Reynolds is President of the Sounds & Pressure Foundation in downtown Kingston, novelist (“A Reason For Living”) and documentary maker. Email your comments to [email protected] and [email protected]