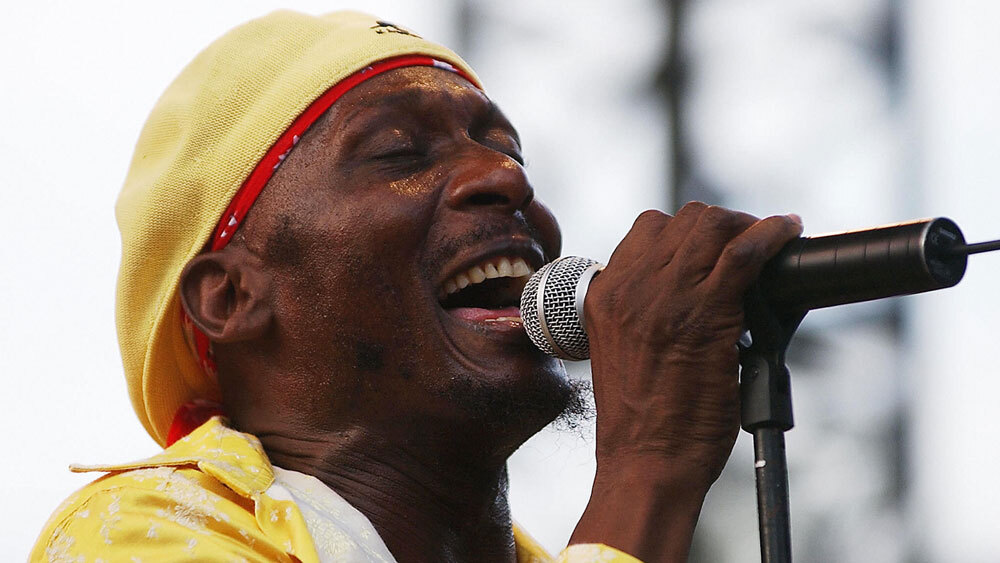 This week, the Rock and Roll Hall of Fame got a little more crowded.

An appreciation of Jimmy Cliff, the first reggae star:

Cliff is the second reggae artist, after Bob Marley, to be inducted into the Rock and Roll Hall of Fame. But he actually preceded Marley in bringing reggae to the international stage, appearing and performing his songs for the 1972 film. The more they come. He has also enjoyed a long and successful career in music, with a tremendous string of high-profile albums and collaborations under his belt.

Host Michele Norris spoke with Jimmy Cliff about the honor and his early path to reggae. He said his first experiences with music came through churches.

“There was a lot of church music going around – all kinds of churches,” he said. “Churches that we call Pocomania, which is like the original African church where they just play drums and sing and that kind of stuff. So there was all kinds of music around me growing up.”

Cliff says he first heard rock ‘n’ roll music through a friend, who relayed information about new songs through his radio. And then his father also had a radio.

“Well, my dad wanted me to get an education – maybe to be a doctor, or one of those professions that seems safe,” he says. “So while I was taking higher courses – when I was about to take them – he said, ‘Now what would you prefer: higher courses, we have to pay for them? Or spend the money to buy a radio? I said, ‘Buy the radio!’ “

Cliff has spoken of growing up “economically poor, spiritually rich”, its impact on his music, and being seen as an ambassador for reggae.

It’s had music industry executives salivating for decades: the idea that somewhere out there lies “the next Bob Marley.” But while that label has been dubiously applied to one musical candidate after another, a lone artist can claim to be not the next Bob but, in many ways, the original Bob: Jimmy Cliff – the first great crossover success reggae.

It was in 1972 and the film was The more they come – the Jamaican masterpiece starring Cliff as Ivan O. Martin, a budding reggae star who turns to dealing drugs, goes on the run, eventually achieves fame and is shot by the police. Perry Henzell’s reggae-saturated film was ideal for popularizing Jamaican music in an unprecedented way. It seamlessly fused exotic realism – in the form of patois dialogue dense enough to require subtitles – with familiar Hollywood imagery: the film consciously plays with the iconography of American gangsters, including a scene in which shots of a Jamaican audience are intercut with footage of Ivan being shot, as if starring in the same spaghetti western we see him watching earlier in the film. The film also exposed American audiences to some of the darker aspects of Jamaican culture: cinema-verite shots from Kingston “introduced people to the fact that there was more to reggae than the happy stuff”, explained Cliff.

Ivan, meanwhile, was the perfect protagonist because he was both an ordinary man and the Jamaican suffer, or poor, and the ubiquitous struggling artist, and one man: Cliff himself. “The only difference between me and the movie,” Cliff said, “is that I’ve never killed anyone—yet!” Like Martin, Cliff moved from country to city and landed in the music industry at age 14, soon moving to England to work with Chris Blackwell of Island Records. Her international debut in 1968 was a hit in Brazil and more singles were recorded in the following years. But that’s only The more they come and its smash-hit soundtrack, featuring four classic Cliff tunes – the best-selling reggae album of all time, until Marley’s 1984 Legend together – that Cliff found himself on the verge of stardom, a future poster child for an emerging genre.

It turned out that Cliff and The more they come were more harbingers of the reggae movement than the thing itself; in 1973, Bob Marley and the Wailers catch a fire was released, and the rest is history. But Cliff’s crossover exploits remain striking: He’s released more than a dozen albums on major labels, collaborated with Annie Lennox and Sting, and had his songs covered by everyone from Cher and Rancid to Willie Nelson. and Bruce Springsteen. “I’ve always viewed my role as that of a shepherd,” Cliff recently told a reporter, “the one who opens the door.”