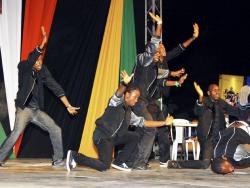 Jamaican Commission for Cultural Development (JCDC) promises this year’s global reggae dance competition will be the most exciting and memorable yet as teams from Jamaica and overseas show off their dancing skills , while competing for over a million dollars in cash and prizes.

World Reggae Dance coordinator Juliet Cowan-Morgan said with the level of competition seen throughout the preliminary rounds, the national finals scheduled for August 4 “will be very big and the competition will be really tight.”

She said in addition to the $ 1 million in cash and prizes, which will go to the top three, the JCDC will be giving out section prizes this year.

â€œWe will reward people for the best costume, the best rural group, the best international group and the most disciplined group, so no one will come away with all the awards this year,â€ she added.

The competition began months ago with the elimination of dancers in several auditions held across the island.

More than 50 groups were seen in auditions held at Priory Beach in St Ann and Jockey Factory in Lucea, Hanover, while nearly 80 groups showed up for an elimination exercise held at the Ranny Williams Entertainment Center.

Cowan-Morgan explained that some of the groups were cut because they did not adhere to the reggae and dancehall dance moves.

â€œThey weren’t properly choreographed for an audience, the stage wasn’t properly used and some of the songs weren’t appropriate. We deliberately said no hip hop and no disco, so these would have been automatically eliminated, â€she said.

She noted, however, that overall, “We had a good performance in the groups this year. The level was very high and it was really a close elimination.”

â€œYou see the popular Jamaican reggae dance. You can see moves from Nyabinghi, ska, rocksteady and other traditional expressions. That’s what we’re looking for,â€ she said, noting that the teams were judged in three main areas – coordination, originality and delivery.

About 25 to 30 dance groups showed their dancing skills in the semi-finals held in June and of this group, 15 were selected for the finals scheduled for August 4 at the National Indoor Sports Center.

The finalists participated in a week-long workshop, where they received help polishing their final performance “just to make sure what they are presenting to the audience is clean and creative,” Cowan-Morgan explained. .

The finals, which are scheduled to begin at 8:00 p.m., will be one of the main activities of the Independence Jubilee Village to be held in celebration of Jamaica’s 50th anniversary celebrations under the theme: “Jamaica 50: A Nation on Mission “.

Anonymous, who won the competition in 2010 and 2011, will be the special guest artist for the event.

The annual competition, held since 2006, has been a great success, attracting talented local dancers and many foreigners. It is open to groups of three to eight people, aged 16 and over, and residing in or outside Jamaica. Its aim is to give national and international exposure to talented dancers as they compete in the reggae roots categories; dance hall; contemporary / classical reggae; reggae dance hall; and dance story.

According to Cowan-Morgan, the competition is “very different” from other dance competitions.

â€œWe welcome street dancers there, a lot of them don’t work. They really don’t have another place to show their talent, so I think they use that medium to express themselves and. .. to take advantage of the workshops, which we provide them, â€she said.

Additionally, she noted that, while with other competitions, dancers would be required to compete in various genres, “with JCDC World Reggae Dance you focus on popular and reggae dance moves.”

Over the years, the competition has attracted dancers from the Caribbean and Japan, while a Japan-Jamaica team will compete in this year’s final. Foreign groups are not required to attend auditions and semi-finals due to travel costs, and are allowed to submit their dance on a DVD which is screened in the semi-finals and they are judged with the others.

In 2009, the competition received its first entry from a Japanese dance group, which placed second in the finals that year. This group re-entered in 2010 and 2011.