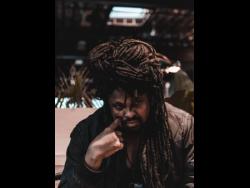 Reggae singer Isiah Mentor knows the importance of being unique in the highly competitive music industry.

â€œThe music business is one of the most competitive companies in the world. If what you offer cannot grab people’s attention, you will be left behind or even totally ignored,â€ he said. .

The Kingston-born artist said that was the reason he invented a new sound that he planned to use to catapult his career, which he calls ‘ancestral cries’.

â€œOver the years, I have lived in various parts of the world including Africa, Europe, UK and USA, and I have also traveled extensively due to my career. Therefore, j ‘ve been exposed to many different cultures and genres of music, but I also realized that the most powerful sounds come from Africa, â€he said. â€œThese African sounds are what I have infused into my music to create a unique vocal style for myself. It’s a wailing sound, you can hear it in the lead vocals and the harmonies of my new songs such as God will beat them and Land of gangs.”

He said he had received a lot of positive feedback on the new songs from his fans and music industry insiders.

â€œSome of these people have known me from when I was performing under the stage name Lilly Melody, and all of them say my new vocal style is both captivating and refreshing,â€ he said.

He expressed his confidence that God A Go Beat Dem has the potential to be successful.

â€œI plan to officially release it with a music video before the end of next month,â€ he said.