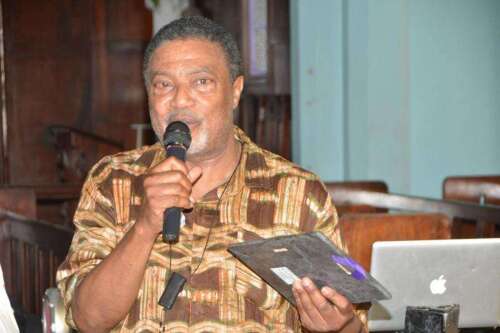 Minister Grange shared these sentiments while paying tribute to Downie, who passed away on Saturday November 5 at the age of 66.

Downie came to Jamaica’s and the world’s attention when he joined Bob Marley and the Wailers as the band’s keyboardist. He was also an arranger and music producer.

“I was so sad to hear that Tyrone had passed away. He was an even bigger person than the musician; a wonderful human being,” Grange said.

“Tyrone was one of the music stars who helped make the music around Bob Marley exceptional,” added the Minister.

She revealed that Downie has also performed with The Abyssinians, Black Uhuru, Burning Spear, Steel Pulse, Alpha Blondie and Sly and Robbie and for solo acts such as Buju Banton, Peter Tosh, Junior Reid and Beenie Man.

Grange added that Downie’s musical contributions in his later years are also notable, consisting of his “exploits in France” and the release of his solo album Organ D in 2001.

“Tyrone Downie will be remembered as one of the important contributors to Reggae music. We echo the sentiments expressed by vocalist Grace Jones, Tyrone Downie was ‘Our Jamaican Guy’. The man and his music will be missed. I send words of comfort to his family, loved ones, friends and associates and to the musical fraternity,” the minister said.