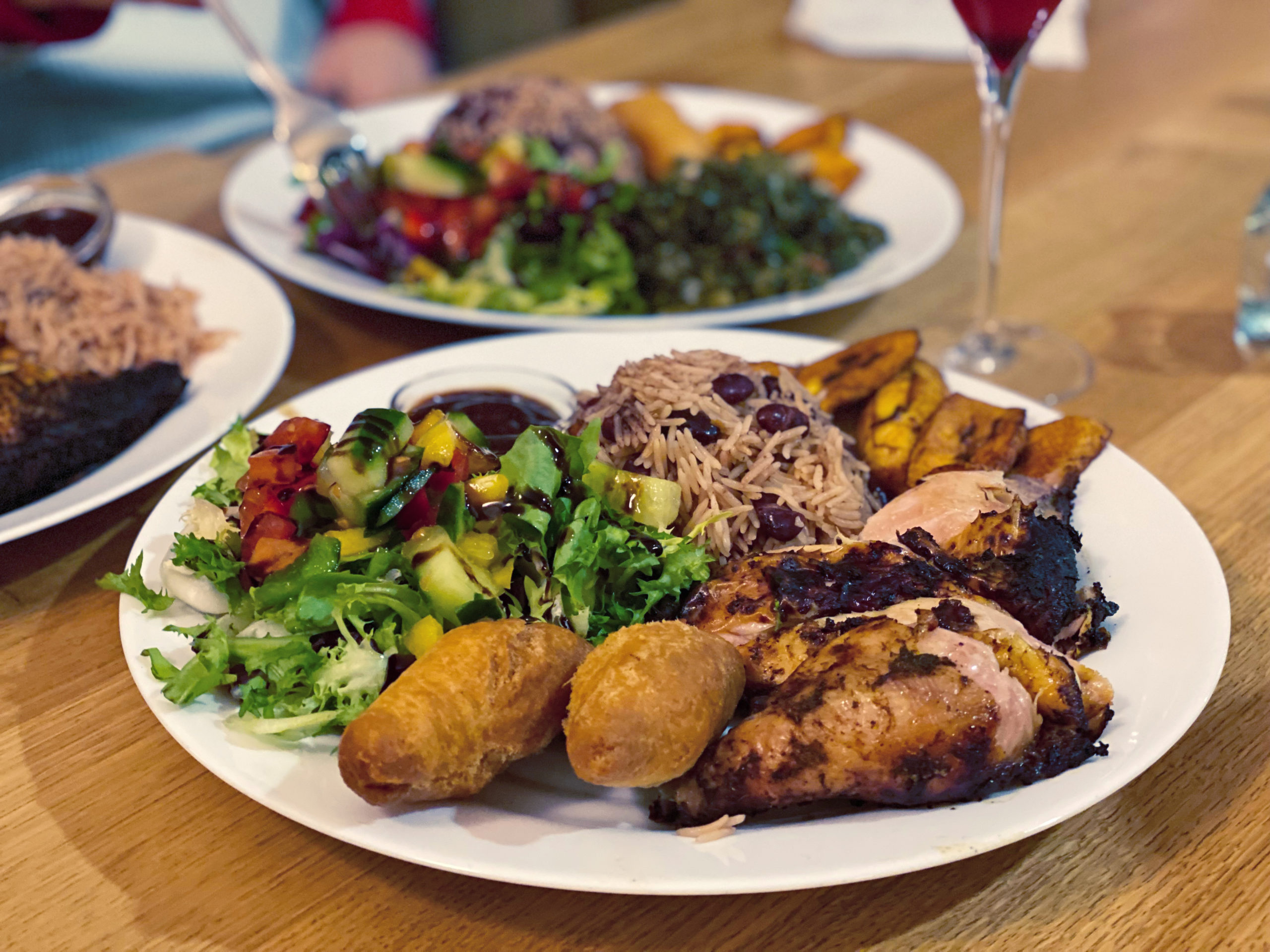 The Turngemeinde (gymnastics association) in Berlin has had a checkered history. It was founded in the midst of the revolutions of 1848 in the tradition of Friedrich Ludwig Jahn, the so-called “father of German gymnastics”. (An unquestionably huge figure in the sports world, Jahn pioneered the use of equipment such as rings and high bars at his outdoor gym in Hasenheide in 1810, while at the same time marrying racist and anti-Semitic views.) The association later served as a front for the Communist Party, banned and then reauthorized by the Allies in post-war West Berlin. It currently has more than 6,000 active members.

Let’s cut to the chase. Why do you, a non-gymnast, need to know about this place? Because since last year the Turngemeinde has not only been home to cranks and cartwheels, but also the best Jamaican cuisine in Berlin.

In August 2021, without much fanfare, mobile catering company Vybz took over the club restaurant. Goodbye, schnitzel – now hungry gymnasts (and anyone stopping by) can refuel with jerk chicken, plantains, rice with peas, oxtail stew, goat curry or ackee and salt fish. The only reminder of the kitchen’s German past is the Berliner Kindl on tap.

From Jamaica to Hasenheide

“Some people still ask about the schnitzel, but then I kindly explain to them that it’s not there anymore,” says Vybz owner Stokley White. Born in Jamaica, he moved to Steglitz aged 11 in 1990 to live with his mother. the two of them now run the kitchen together.

It was his childhood dream to be a chef – a dream he gave up upon realizing the grueling working conditions he would face in the industry. But he couldn’t completely stray from the topic. He finished his apprenticeship as a retailer on the gourmet floor of KaDeWe, then worked on his own until one day he had a fateful conversation with his cousin, owner of the since-closed Jamerica in Schöneberg. The restaurant had been invited to organize a concert by an American rapper; White’s cousin wanted to decline, but White took the job instead. It was then that he took a liking to it.

Gradually, he expanded the catering branch of the family business to launch his own account with Vybz. Suddenly, White found himself at home backstage at Berlin’s biggest concert halls, as well as at events like Karneval der Kulturen and street markets like Bite Club, where his jerk chicken – cooked on a grill that he had welded himself – was a huge success.

This was also the case when he organized the Turngemeinde summer festival at their premises in Columbiadamm. In fact, the club’s chefs were so overwhelmed with his food that they offered him a contract on the spot. White jumped at the chance.

Now its huge black gates stand on the grounds of the Turnverein. Next to the gym, rice and beans are cooking on the stove. Indoors, the German and Jamaican worlds collide.

“The members are really into new food,” White says, while serving a group of regulars who come in weekly for their post-workout meal. Maybe because you can taste the passion in every plate. White and her mother bake almost everything themselves, from the changing selection of cakes and pies to traditional dumplings (cornmeal fritters) that are served as a side dish or used as buns for veggie burgers.

If you’re new to Jamaican cuisine, start with the jerk chicken: marinated in a tangy, fruity and sweet blend of black spices, grilled on the outside and served with coconut rice and beans, sweet and savory fried plantains, dumplings and salad. Vegetarians can get the same plate with the chicken replaced with callaloo, a relative of the Caribbean amaranth comparable to spinach. Wash it all down with the Jamaican hibiscus drink Sorrel or a can of Ting, a grapefruit soda that’s huge in Caribbean countries (and England) but hard to find in Berlin.

And there is still more to come. White is working on a recipe for patties – savory pastries filled with meat, vegetables or salted fish, found not only in Jamaica but also on street corners in London or New York.

Jamaica’s motto is “Out of Many One People”, which is reflected in the island’s cuisine: enslaved Africans brought their own influences; colonial migration from England and India left behind things like curry. From these individual elements, a culture of its own has developed.

It is perhaps precisely this diverse quality of Jamaican cuisine that makes it a good choice for most German institutions: the sports club. In any case, fewer and fewer guests are asking questions about the schnitzel.

My Streaming Gem: Why You Should Watch Sankofa | Movies

The Derbyshire couple’s Jamaican takeaway and catering business are popular…