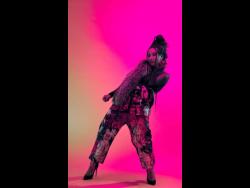 Eight years ago Singaporean artist Masia One was a ghost writer in Hollywood working for some of the biggest names in rap and hip hop including Dr Dre, Pharell and The Game. It wasn’t exactly the architecture, in which she holds a bachelor’s degree, nor was it the life she envisioned as an artist.

â€œThe work was amazing because I got to work with a lot of my heroes. I learned to write hooks, I learned to do things for the industry, but I realized that I was moving further and further away from being an artist, â€she said. The gleaner. â€œMost of the time the job is working for really beautiful women who can’t rap or sing for their lives, so I had to do a lot of coaching, which got tiring after a while. “

She said she had wondered, “Where is the opposite of Hollywood? And thought of Jamaica. She booked a flight to Kingston, which would change her life forever. â€œI ended up in Cockburn Pen with a friend’s mother, who was running a charity education program there, so I decided to get involved and teach English. They gave me a zinc house, which was culturally different and very far from Hollywood, â€she said.

Masia One (nÃ©e Maysian Lim) was no stranger to Jamaican culture. She was first introduced to reggae music by her brother and discovered dancehall after her family emigrated to Canada. She shared that she didn’t intend to be an artist but often wrote raps and decided to take part in an all-female rap show orchestrated by her college roommate. It wasn’t long before industry players were looking for the “Chinese girl who knows how to rap”, that’s how she ended up in Hollywood.

But those days are long gone, and Masia One reinvented herself as a reggae rapper, releasing her first single of this nature, Alright Alright, a fun dance number that promotes peace. She also spent time recording music at Bob Marley’s Tuff Gong studio with Dubtonic Kru and a host of producers she brought in from Toronto. The work was never published when her brother passed away, which led her to return to Singapore after many years.

â€œWhen I came back there was a negative stigma around reggae; people associated him with Bob Marley and the ganja, â€she recalls. â€œIn Singapore, marijuana is very illegal. It used to be a death sentence, so having that stereotype about a genre of music makes it very difficult for it to be popular here. “

She has also been criticized for abandoning the glitz and glamor of Hollywood to make â€œbeach-bumâ€ music.

“I was called an idiot because they saw me as the only Singaporean artist to work with Dr Dre and all those big names, and hip hop is seen as more commercially viable music here,” she declared. â€œOne person said I’m like a million dollar artist making two hundred music. My mission was to break this stereotype and show Singaporeans that Jamaican culture is diverse; there is the food, the dancing, other facets and not a clichÃ©.

She established the Singapura Dub Club, an events company that organizes and orchestrates reggae and Jamaican themed events across Singapore. Through their events, Singapore has hosted some of the best in reggae, such as Sister Nancy, Johnny Osbourne and U Brown. It has also provided a platform for local and Southeast Asian reggae acts.

â€œThe population had grown to around six million people, and it’s a country smaller than the size of Kingston. The stress level was high and I knew that if I created this atmosphere where people could meet and talk they would fall in love with dub, reggae and dancehall. I was also depressed about leaving Jamaica, so instead of complaining, I chose to create the environment and also attract those who love it.

As her mission to bring cultures together continues, Masia One is also returning to her art. she released Jamaican Flava, with Richie Stephens, last month, as well as Hot lit Fyah, with Switchie and Dr Sakthi, and Fyah, Feat Suns of Dub. She is getting ready to go out Rebel soldier, a dedication to his brother. â€œHe’s the reason I fell in love with the culture in the first place, and every time I play it in Singapore, even people who don’t like reggae are touched by the song. He always wanted me to go to Jamaica, and I know he would be happy to know everything I do now.