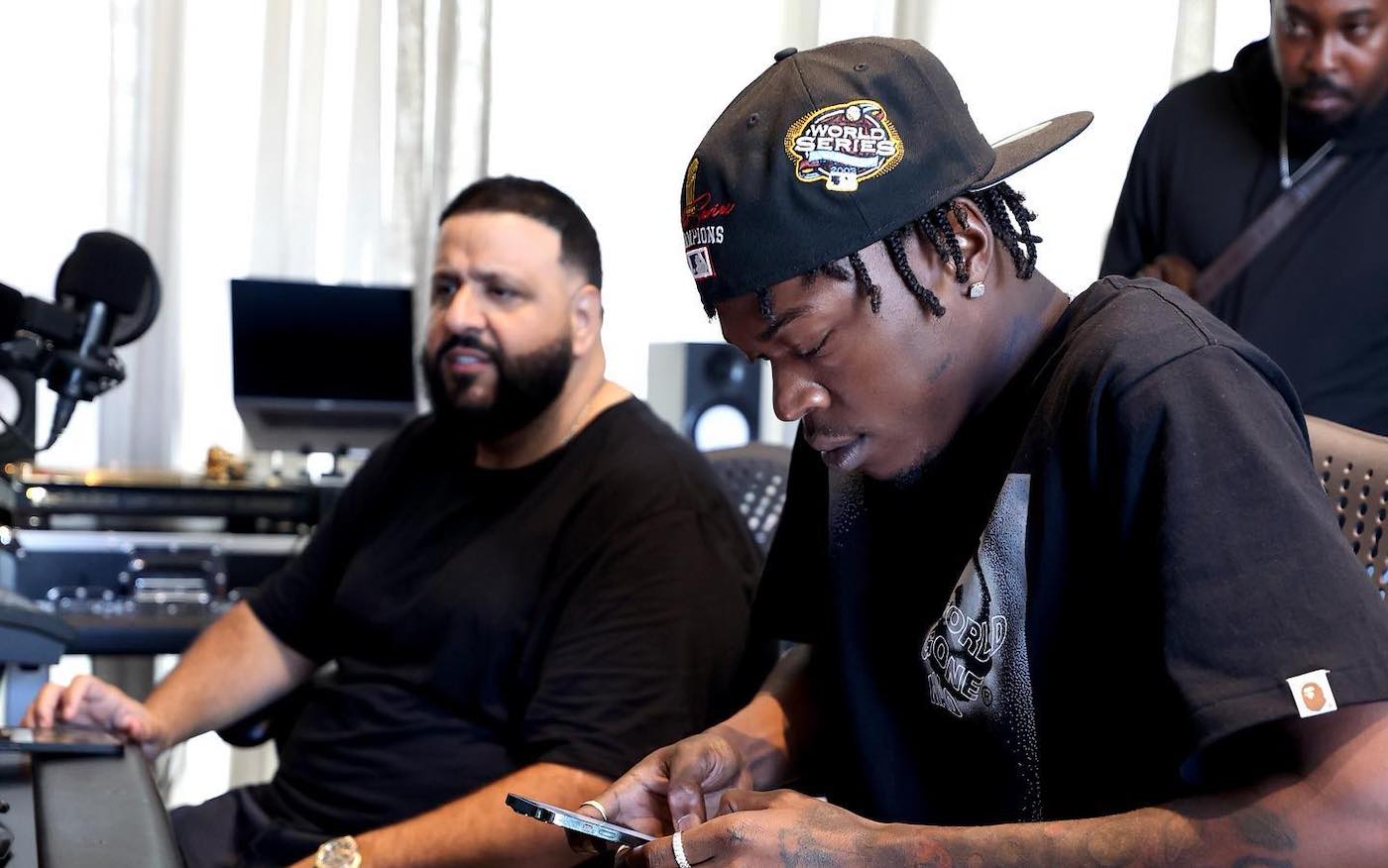 DJ Khaled makes sure Skillibeng eats well before getting to work in the studio.

Skillibeng has been on the rise since signing with the RCA label earlier this year, and he’s rubbed shoulders with some of the best in hip hop, including We The Best CEO DJ Khaled.

On Wednesday, the pair were seen in the studio rocking as they sparked speculation that Skillibeng had new music coming. DJ Khaled is not an artist, and he gave up being a DJ for a long time. However, his role as a producer has seen him work with artists like Nicki Minaj, Drake, Rihanna, Justin Bieber and many more and his accomplishments are many, he even received the respect of Kanye West.

Now Skillibeng is next on the list as his career develops in the United States. DJ Khaled, who has an endless love affair with Jamaica and all things Jamaican, was seen hosting the ‘Crocodile Teeth’ artist in his home.

Khaled’s chef is seen in a video telling Skillibeng that a Jamaican meal has been prepared for him and his team. The table included curried goat, oxtail, rice and peas, and even lobster with a Jamaican patty.

Other dishes were escovitch fish and jerk chicken as Khaled urged the young Jamaican to make himself at home while the chef told him the meal was made for them to have a taste of home.

Khaled’s hospitality never goes unnoticed as he is often treated the same way in Jamaica when he visits his family.

In the meantime, Skillibeng recently released their five-track EP, Mr Universeearlier this month, and he has been very busy touring and promoting the project, one of his singles, “Whap whap”, received massive airplay and fan love overseas. .

Very little has been revealed in Instagram posts about the St Thomas native’s studio session with the American record producer. However, DJ Khaled said in his captions that he was in album mode.

While Skillibeng didn’t share any details about the link, DJ Khaled ensured everyone knew he was in album mode as he often shares with his outlandish posts.

“SKILLI GETTING CRAZY HERE!” Album mode is special! Khaled captioned a video of Skillibeng in front of a microphone.

In the meantime, Skillibeng is expected to release their next studio album this summer. It should continue to spin and perform for Mr Universe in June.

DJ Khaled adopted Jamaica and vice versa as his second national and is often proclaimed “Yard Man” on Instagram. For those of you who are unfamiliar with the expression “Yard man”, it means that you are from Jamaica or that you are of Jamaican descent. Khaled often credits Jamaican music culture for giving him his first big break in music when he was a struggling DJ in the late 1990s and early 2000s.

Today, he makes a point of including reggae and dancehall music in his projects and even regularly shoots music videos in Jamaica while giving back to the culture that gave him a platform.

The best 80s movies available on Netflix in May 2022