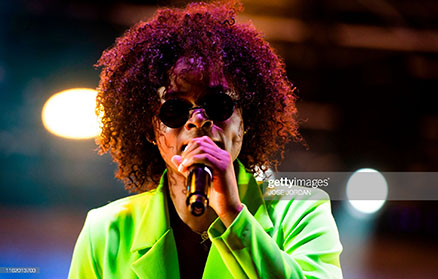 True to the authentic expression of heavy bass and brass associated with the roots of reggae expression, Kareem Burrell unearthed a classic production from his father Fatis’ catalog titled “Hold On”.

The track was produced by Rykeyz, who also produced Skip’s # 1 worldwide hit, certified RIAA Gold. “To slow down” with the double Grammy-winning artist © HER

“Vibe is a feeling,” Skip says of the song’s fun and heartwarming dance riddim. “A whole mind and an energy. A movement that brings light and life. It’s about being alive! The video brings “Vibe” to life and dimension by celebrating life on the bike. ”

The UK MOBO Awards are scheduled for December 5the and Queen of Dancehall, Spice, won a MOBO nomination for Best Reggae Act 2021. Also nominated in the category: Sean Paul, Lila Iké, Shenseea, Skillibeng and Popcaan.

Terence Wilson, a key part of reggae group UB40, has passed away at the age of 64. He had added rap vocals to hits like “Red Red Wine”. Wilson died on November 6e. No cause of death has been given and publications have not indicated where he died.

She said someone was trying to blackmail her, so she said it first, “What if I like women? “

The Reggae singer made the disclosure on her Twitter account as she claims she shares the information before anyone can use it against her and someone tries to kill her.

“What if I like women?” My music is not real? She asked in a tweet on Sunday night.

She also said she was raped and assaulted before concluding in a tweet that she was gay.

Obituary: Astro, charismatic star of the UB40 who aimed to popularize reggae music