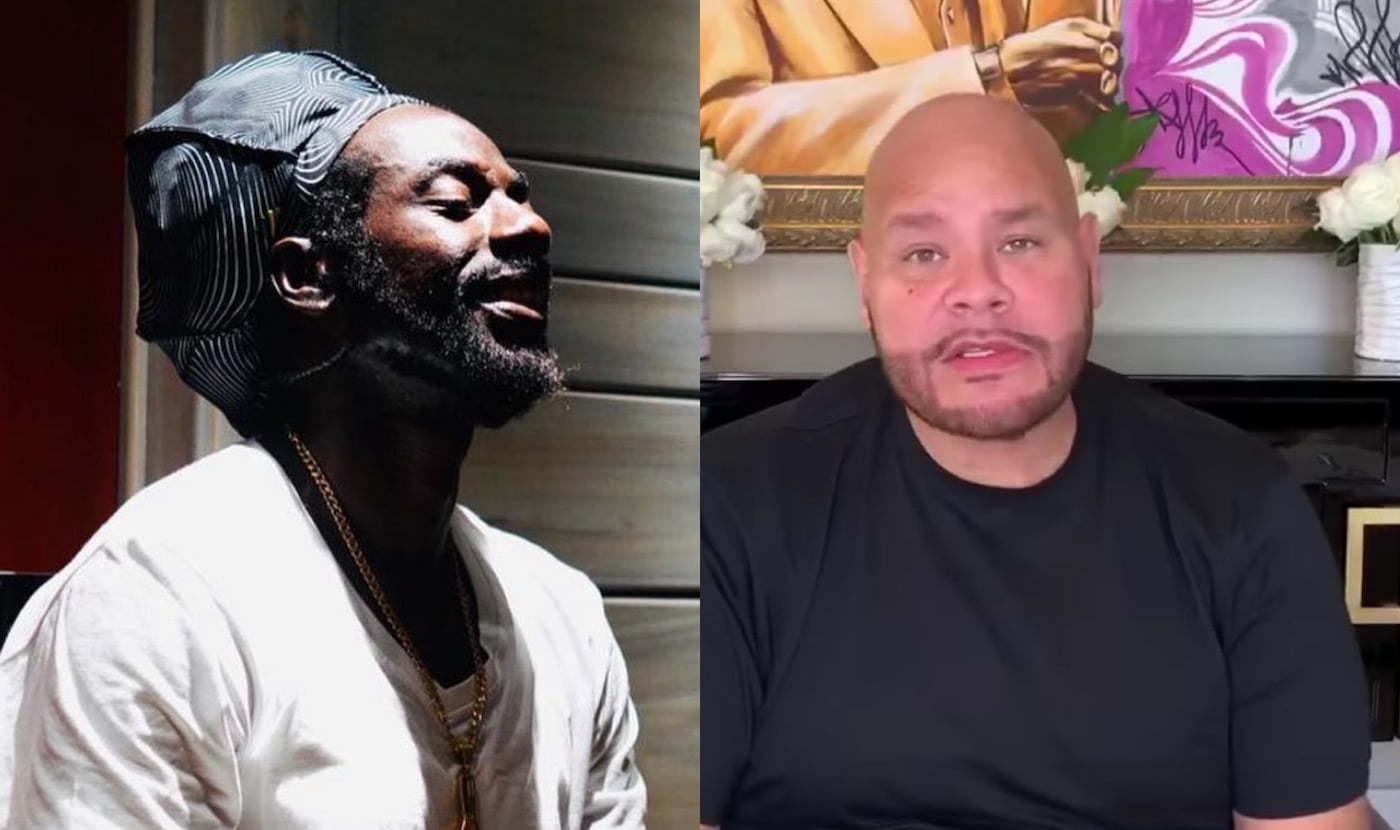 Buju Banton was a reggae music vibe during his chat with rapper Fat Joe on Instagram Live as we mark International Reggae Day.

Jamaican music legend Buju Banton has been busy since returning to the stage in 2019. He released his long-awaited studio album. Upside Down 2020 with great fanfare last Friday, squeezing in a host of tour dates for his Long march to freedom series plus a few appearances before the pandemic forces us all inside. Late last night, the â€œChampionâ€ crooner caught up with Puerto Rican hip-hop veteran Fat Joe during his weekly IG Live, â€œThe Fat Joe Showâ€. The two recalled the highlights of their decades-long friendship “in the early boogie down Bronx” as well as the “euphoric” feeling Gargamel had when he finally returned to the stage.

The conversation also covered some sensitive points and issues that still plague the music industry today. Addressing the subject of culture vultures and reggae‘s global contribution to music, Buju Banton got angry and criticized those who sample the genre without giving credit or paying their dues.

When Fat Joe commented on the well-known fact that “reggaeton music emerged from reggae”, Buju Banton was disapproving, responding “Yes, and that’s why sometimes you hear me let off steam because the Reggaeton brothers don’t even give it up. not tribute to the source, you I know what I mean, and they’ll take it all and act like they’re trying to rewrite history. Well, go ahead and take whatever you want to take because Rasta has to soul, â€he laughed, skillfully referencing the title of his 9th studio album of the same name.

â€œWe don’t want big up anymore, reggae music has been great by itself, come check us out ah Jamaica and do a collaboration, meaningful and carry some of the dem bredrins to Jamaica, to see the culture, walk through Trenchtown, down where the music was made so you can feel and see that you aren’t really paying back to the culture. He continued. “This culture which has been so great, so good and so kind to you, you do not even visit the genesis of it? You never even come to the island or spend a week here seeing what Jamaica is like, walk around Kingston and see where you came from Reggaeton yah. â€

“I saw it coming from the early days,” he said, pointing to one of reggaeton’s early hits, El General’s Tu P * m P * m, which is a cover of “Pun ** ny Tegereg â€from Little Lenny. â€œWe liked it because we see it as an expansion of what we were doing, so we adopted them with the idea that it would be reciprocal; it never happened. “

The cultural relevance of reggae has long overtaken reggaeton, spawning genres such as afrobeats and the tropical house. Her influence is so valid that there are countless cases of tween and plagiarism, most recently where Dancehall artist Flougon sued Miley Cyrus – and won – for using the hook in her 1988 song “We Run Things “. Although it is clear that the negativity of the situation annoys him, the singer of “Trust” nonetheless has nothing but praise for his bread and butter.

“It’s the music that gets the most fights in the world … am I lying?” He asked. â€œReggae music is the most oppressed and it is the most suppressed music, but yet people find a way to find it because this ah di music that God loves, memba tell me unnu dat! Angels dance to it .. “to which Joey Crack replied” It’s a fact! “

Take a look at the full live chat with Fate Joe and Buju Banton below.