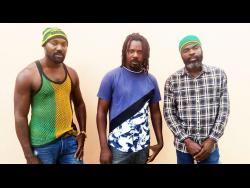 In 2000, members of the Black Star Band traveled to Mexico to work in hotels as musicians – little did they know they would end up calling the country home.

They are currently one of the most popular reggae bands in the country. “We really didn’t know the country was going to grow on us, and so we decided not to go home. We stayed because it was affordable to live there – we make enough money to support ourselves. our family in Jamaica and in the process we learned another language, which is always beneficial,” said guitarist Lance Brown. According to Brown, although Mexicans have their own genre of music, they have a particular interest in reggae and Jamaican culture. “Reggae is well accepted in Mexico. People love Jamaican culture and immediately know Bob Marley’s name whenever it’s mentioned. They love our music – I mean, even though we’re playing outside and “It’s raining, they won’t move. They’ll stand in the rain for hours listening to the genre,” he says.

The members of the Black Star Band are originally from Trinityville, St Thomas, but have lived in Mexico for 18 years. They said the gleaner that at first it was difficult to get used to the new culture – but it has now grown, even though the two countries are so different in many ways. “The food, the weather, the music and the way of life of the people was really strange to us when we got there. There is food in Mexico that we had never seen before, and it was difficult at first with the new diet, but over time it became delicious,” he added.

The band are currently adding the finishing touches to their fifth studio album, which is slated for release in the first quarter of 2019. In addition to Brown, the band also includes vocalist and keyboardist Steve Brown, bassist Mardon Brown and percussionist Felix. Ikpide.