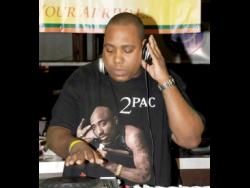 The global impact and influence of reggae music cannot be denied or limited. And even as this beating heartbeat of our people permeates all corners of the earth, questions arise about the use and abuse of Jamaican music and culture by outsiders. While many reggae artists have publicly stated that foreigners who use reggae music are simply showing their appreciation for the culture, there are others who believe that the issues are not really that simple and also, it there’s a pretty thin line between appreciation and ownership.

Musician, producer, broadcaster, DJ, Arif ‘Supa Coop’ Cooper of FAME FM, whose vast experience has made him question the extent to which the local music industry benefits from what is considered an appreciation of Culture. Cooper is a firm believer that if there are no benefits, it is strictly ownership.

Highlighting a few players on the world stage who have drawn inspiration from reggae and dancehall music, Cooper questions how their use of music has advanced the local music industry. â€œLet’s look at Rihanna. We know she enjoys reggae and dancehall, but no one enjoys them locally. She made the song Job, which was produced by Boy Wonder, who has Jamaican roots, but that’s it. Diplo does it, and Khaled does it, â€he said. The Sunday Gleaner.

On recently released DJ Khaled Father of Asahd the album is a song titled Sacred mountain, with Buju Banton, Sizzla and Mavado. A lot has been said and written about this song, but Cooper seems largely unimpressed with the supposed value of this collaboration. Pointing out that DJ Khaled works with established artists, he asked, â€œHow has this song helped Sizzla, Buju Banton or Mavado? Mavado is signed with Khaled, but what have we seen and heard from him since? He added, â€œThey’ll get royalties on the song, sure, but would their careers have been any different if they weren’t on that song? I should say no.

Cooper is of the opinion that the playing field is not level when it comes to Jamaican and overseas artists, and that, he says, stunted the growth of music, “mainly it becomes a problem. when you are competing with someone who has more resources. . They (foreign bands) have labels and budgets and can do press presentations, but you (Jamaican bands) don’t. And then it makes our product look like it’s inferior, but it’s really not. It has seemed to us time and time again that songs can intersect with little to no promotion, and that shows you the power of the material. Look at Charly Black Animation Party I, for example, â€he said.

Cooper, who has toured extensively, added that it is often said that our artists and our music are very exposed when outsiders use it, but that it should be clear that this exposure works both ways.

â€œWhat we don’t often hear is the fact that there are places in the world where reggae and dancehall are played, but not hip hop, for example. There is a club in Israel, the biggest club, where some of our dancehall and reggae artists have performed, but they play little or no hip-hop or R&B. They will play three hip-hop songs and then return directly to dancehall and reggae from all eras. Many parts of Africa are the same. So it’s when the hip-hop artist does reggae that he becomes known in those markets, â€Cooper said.

He reiterated: “It becomes ownership when there is no direct benefit.”

However, Disc Jockey Kurt Riley has a different perspective. â€œDancehall is such a rich culture, but if you’re not ready to do the job and someone else comes in and does, then you shouldn’t be complaining,â€ he said. â€œIt might appear that they (strangers) are violating the company, but it really shouldn’t be viewed that way. These foreign artists will race in a car with six of them and sleep three men in a room, but we don’t. What promoter can book a local artist and put two men in a room? He asked.

Riley believes the lack of structure, business approach, and discipline within the industry, in general, are huge deterrents. â€œA promoter reserves a selector to come at 8 pm and set the tone by juggling, but the selector does not arrive until 1 am,â€ he cited as an example. “We do not plow the ground and we get to work,” he lamented.

Riley, who believes DJ Khaled has made a huge contribution to the development of Jamaican music over the years, also referred to the lack of marketing for local artists. â€œWe need to market it better. One thing Jamaica doesn’t lack is talent, but we don’t have a system in place to cultivate it, â€he said.

Reggae music industry insider Maxine Stowe believes the issue of ownership-appreciation is becoming a topic of discussion for the simple reason that Jamaican music and culture “is not protected.”

She said, â€œYou can’t stop the influence and the people who want to emulate you. At first we copied American music, but because we know we don’t own it, it didn’t become a real problem. The problem is, when you don’t have your protected product, when people buy it, they think they own it. Can you imagine, you have an American band called Grounation. My grounation is my space, and when you take my name and my culture, that’s the part that’s crazy. If I had my culture, that could never happen, â€she said with a laugh.

She added that there should be well-defined terms and conditions regarding the use of Jamaican music and culture.

â€œLike Google, we are open source, but we have no framework to monetize all of this. We don’t win anything out of the hundreds of festivals held each year that use reggae and dancehall music as a selling point. There are no creative companies that invest in music and in the development of artists. When a business spends millions to create stars, how much or should they care if the stars are successful or not? And all that money that comes from those competitions has never made a dent in the music industry, â€Stowe said.