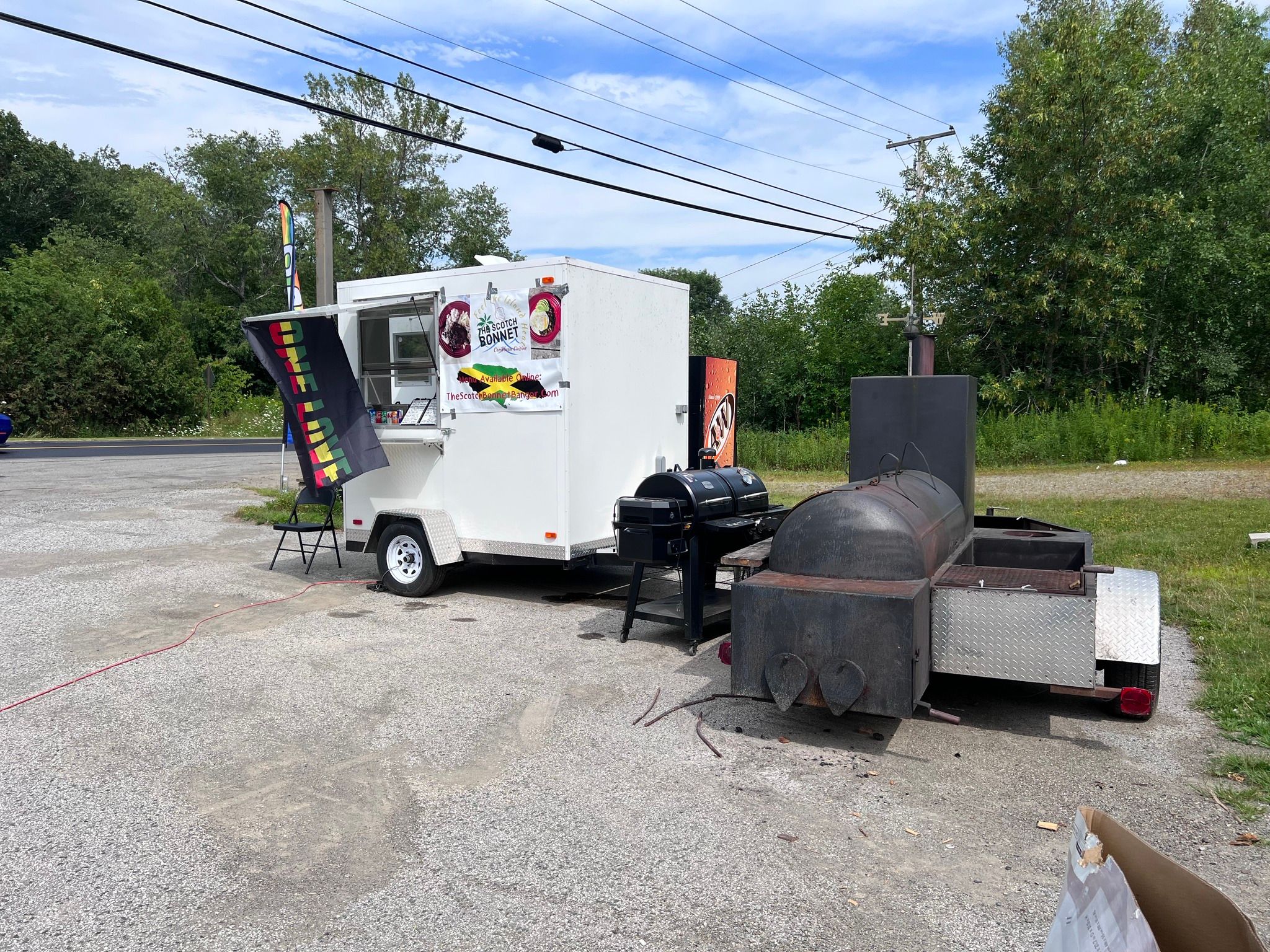 A new convenience store and restaurant located in the former Six Miles Falls store off Broadway in Bangor has moved closer to opening, with the launch of its new Jamaican food truck.

The Scotch Bonnet Food Truck, owned by Bethany Gregory, had its first official day on Wednesday, offering jerk chicken, oxtail, saltfish cakes and other Jamaican goodies for lunch and dinner. It will be open Wednesday and Thursday this week, with future hours posted on social media and on truck’s website.

Gregory, who over the winter announced she would open a store and food truck at 2354 Broadway in Bangor, initially hoped the food truck and Maine Market, her store, would open by July. But difficulties finding contractors, getting the necessary permits from the city, and the unexpected need to rezone the property pushed back the opening date of the store itself to the fall.

Luckily, Gregory said, she was able to keep the food truck running — despite another setback, when the custom-built meat smoker she bought for the truck was stolen from her driveway over July 4 weekend. An Ellsworth-based barbecue caterer let her borrow one of his smokers until she could buy a new one.

While the food truck is operational, Gregory is busy renovating the building at 2354 Broadway, which once housed the Six Mile Falls store, a longtime convenience store near the Bangor-Glenburn urban line that closed in 2019. Gregory has moved to Bangor over the winter, after years of operating a lunch cafe in bustling Provincetown, Massachusetts, on Cape Cod.

At Maine Market, she plans to offer a cafe, coffee bar and local food market, with take-out food, local meat and produce, and a small seating area. It will continue to offer a service station at the store, as well as charging stations for electric cars.

“One of the things I love about Maine is how people love to support local small businesses and farms, so I really want to highlight that here,” Gregory said in February.

Gregory, who has worked in the restaurant and catering industry for decades, has a special affinity for Jamaican cuisine, with Jamaicans in his family, and has worked with Jamaican chefs and kitchen staff for many years. . In addition to globally recognizable dishes like jerk chicken, it will also offer Jamaican specialties like brown chicken stew, saltfish cakes, oxtail, goat curry, festival (a classic Jamaican fried dumpling) and soursop smoothies, made with tasty tropical fruits.

A lover of many cuisines around the world, Gregory eventually wants to try other styles of food trucks, including Mediterranean cuisine. But Jamaican food came first — and once her grand plan for 2354 Broadway is fully operational, she hopes to give the Scotch Bonnet truck to another chef, so they can have their own business.

“Most of my extended family are Jamaican immigrants and my heart belongs to someone very special,” she said. “Eventually, once the store and venue is set up, the truck will be gifted to someone who deserves the chance to own their own thing after years of working for others.”

More articles from the BDN