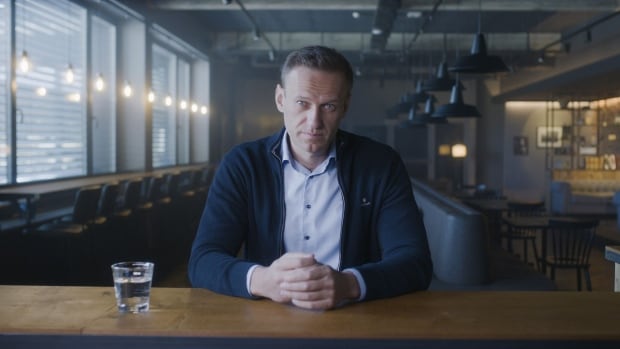 With 226 films from 63 countries, Hot Docs is back in theaters in Toronto after the pandemic moved the festival online for the past two years.

But even still, the festival offers all of its films for streaming on its Hot Docs at Home platform.

With so much to choose from, CBC has selected nine of the best – with themes ranging from political thrillers to international love stories – for your viewing pleasure as the festival begins today.

A story of David and Goliath in the footsteps of Dopesick, dark waters and Erin Brockovitch, In the weeds is a searing takedown of agrichemical company Monsanto and its flagship weedkiller, RoundUp, as well as an expose of corporate irresponsibility, health crises and environmental destruction.

Canadian director Jennifer Baichwal – who is now the first female director to open Hot Docs twice, after her 2009 film act of god – tells the story of Dewayne (Lee) Johnson, a former gardener who allegedly contracted cancer from RoundUp after learning it was safe enough to drink.

In a three-year project kept largely under wraps ahead of its Hot Docs premiere, Baichwal shows both the human cost of Johnson’s health struggle, as well as the legal struggles to bring a massive corporation to justice in a court case. historical. While you can watch the CBC Docs-commissioned film online across Canada, it will open the festival in person on Thursday, hit theaters May 20 in Toronto and Vancouver, and air September 16 on CBC and CBC Gem as season premiere of The passionate eye.

A film about inclusion, independence, success and just being yourself, OKAY! The ASD group movie follows the titular band ASD (a reference to autism spectrum disorders) as the members assemble their first album of original songs, rehearse for their first live show, and attempt to explain the challenges and gifts of being an autistic musician.

The band is made up of four Toronto musicians on the spectrum: vocalist Rawan Tuffaha, keyboardist Ron Adea, guitarist Jackson Begley and drummer Spenser Murray. The documentary splits time between examining the content and creation of their music, as well as their personal stories.

While the end result might feel a little weak compared to other festival entries, many of which focus on high-profile global events and social justice issues, the deep dive into each of the film’s characters makes OKAY! more than worth it.

Broadcast across Canada for five days, starting May 2 at 9 a.m. ET. (Canadian premiere)

My old school tells an almost unbelievable story, until you remember it’s happened many times before.

With parallels with those of 2012 the impostorthe subject of My old school — Brian MacKinnon, a then 30-year-old Scotsman — posed as a Canadian teenager, enrolled in a local school and kept the ruse for months before being arrested.

Broadcast across Canada for five days, starting May 1 at 6:30 p.m. ET.

A fantastic documentary that highlights one of the most famous politicians on the planet, Navalny follows Russian opposition leader Alexei Navalny as he rises up against Russian President Vladimir Putin, investigates his own assassination attempt, and ends up becoming a political prisoner.

While the documentary, created by Canadian filmmaker Daniel Roher, follows a period of Navalny’s life already widely documented and shared online by Navalny himself, Roher’s unfettered access and scrutiny offers something new. even to those who paid attention to it.

It’s a spy movie where spies are hunted, a murder mystery where the victim solves the crime, a political thriller but whose plot is true. Absolutely, Navalny is one of the most stunning documentaries in recent memory.

For those looking for lighter fare, look no further than Million Dollar Pigeons. This Irish documentary about homing pigeons and the “hobbyists” who love them has plot lines, million-dollar auctions and even an apparent arch-villain – all coupled with subjects endlessly poking fun at their own obsession and, at times, even falling backwards from their chairs.

While the revelations that, yes, people are paying – and earning – hundreds of thousands of dollars in the high-stakes world of pigeon racing are shocking, Million Dollar Pigeons is a winner for its characters. No one seems capable of taking their job so seriously, despite the exorbitant prices; even after the South African Million Dollar Pigeon Race ended in scandal and corruption, no one seemed particularly bothered. Instead, they’re all laughing at the same joke as us.

Kids in the room: comic punks

Broadcast across Canada for five days, starting May 4 at 6:30 p.m. ET (Canadian premiere)

If you haven’t heard yet, Children in the room returns with a new season next month. And coinciding with these brand new episodes, a documentary about the show’s meteoric rise to success, the impact it’s had on just about every great comedian you can think of – and the aftermath it’s had. on the “Kids” themselves.

This is a fun watch accessible to long-time fans or newcomers to this sketch comedy, as well as Canadian comedy enthusiasts. There are a few moments of what feels like a genuine reflection on where and how things fell apart towards the end of their five seasons together, and the documentary doesn’t go too easy on its beloved subjects.

Broadcast across Canada for five days starting May 2 at 9 a.m. ET (international premiere)

sexual healing follows Evelien, a woman seeking a positive sexual experience, to see – as she puts it – if it makes her feel more whole.

The documentary follows Evelien’s investigation into what it will be like for her – as she uses a wheelchair and is prone to what she describes as “spasms”, making sex a logistical challenge, before finally s ‘set up on a service that connects people with disabilities with sex workers.

There’s a fun scene at a sex toy store, an agonizing first meeting of Evelien’s sex worker, and a few calls to friends to find out exactly what, how, and when this is all supposed to work. Evelien is a magnetic subject with intensely relatable questions and revelations about how sex changes the way we feel about our own bodies. Don’t miss this one.

Broadcast across Canada for five days starting May 3 at 9 a.m. ET. (World Premiere)

don’t come looking for is a breathtaking look at love and death from Canadian director Andrew Moir. It follows Delroy, a migrant worker who spends six months a year farming in rural Ontario, on his final trip back to Jamaica. Delroy, who has terminal cancer, buys a ring for his partner of nine years before leaving Canada for the last time, then returns home to propose and spend time with his family before he dies.

There’s really no medical intervention in Delroy’s death. There’s no chemo or surgery, just a few prescription bottles and endless bottles of Ensure, and the documentary doesn’t try to politicize it. Instead, don’t come looking for is a simple yet heartbreaking love story. Sophia and Delroy’s journey is not one you will forget. Watch it with someone who doesn’t mind crying in front of you.

fire of love is an eccentric Wes-Anderson-esque documentary about two French volcanologists who fall in love and spend all their time working together. This is the story of husband and wife Maurice and Katia Krafft, who died in 1991 while filming an eruption. The documentary takes years of their jaw-dropping archival footage and photos and combines it with animation as well as charming TV interviews the couple gave. The story is quite slow and methodical, with poetic narration by Miranda July. It’s the one to watch out for when you’re looking for something soothing, but not if you’re feeling impatient.

The Kraffts were obsessed with studying volcanoes and getting as close to it as possible, and the documentary honors that with loads of volcano visuals, but it’s more interesting when the camera turns on the Kraffts themselves and reflects on the relationship between them.

The documentary could be a little shorter, but we wouldn’t spend so much time trying to understand such a charming and daring couple.

9 Movies You Didn’t Know Were Based On True Stories